A Term in Turmoil: Select Criminal Cases from the 2017-18 Supreme Court Term

Editor’s Note: This excerpt is reprinted with permission from the most recent issue of “Court Review,” published by the American Judges Association. 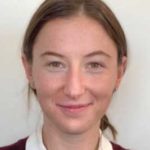 Juliana DeVries is assistant federal public defender for the Northern District of California and a former Ninth Circuit clerk.

This was a tumultuous year for the United States Supreme Court. On June 21, 2018, Justice Anthony Kennedy announced his retirement after 30 years on the Court. And President Trump nominated Judge Brett Kavanaugh to fill the seat. Judge Kavanaugh’s confirmation hearings riveted and polarized the nation. Late in the proceedings, multiple women accused him of sexual misconduct. One of those women, Professor Christine Blasey Ford, testified before the Senate Judiciary Committee, detailing how Judge Kavanaugh allegedly sexually assaulted her when they were in high school. Judge Kavanaugh denied the allegations in emotional testimony that triggered a letter from over 2,400 law professors asserting that he “did not display the impartiality and judicial temperament requisite to sit on the highest court of our land.” (Susan Svrluga, ‘Unfathomable’: More than 2,400 Law Professors Sign Letter Opposing Kavanaugh’s Confirmation, WASH. POST (Oct. 4, 2018).) The Senate nonetheless confirmed Justice Kavanaugh to the high court.

With Justice Kavanaugh’s confirmation arriving just 14 months after Justice Neil Gorsuch began his tenure, this is a Court in transition, both in terms of its personnel and its jurisprudence. This year’s criminal cases put that flux on display. The Court decided a high number of Fourth Amendment cases this Term. The justices disagreed starkly over the future of Fourth Amendment law, especially in the area of standing. The Court also issued split decisions interpreting the First, Fifth, and Sixth Amendments. …

This Term was chock-full of significant Fourth Amendment cases. The Court took particular interest in the concept of “standing”: what a person must show to have a cognizable Fourth Amendment interest allowing her to seek relief for an unconstitutional search. Perhaps the most groundbreaking Fourth Amendment opinion was Carpenter v. United States (2018), where the Court held that a person has a reasonable expectation of privacy in her cell phone location information turned over to a third party. Carpenter limits the so-called “third party doctrine,” though it’s not clear how much. Another important standing case, Byrd v. United States (2018), held that a person has a reasonable expectation of privacy in a rental car even if she’s not listed in the rental agreement. In Collins v. Virginia (2018), the Court decided officers need a warrant to search a vehicle parked in the curtilage of a home. And in District of Columbia v. Wesby (2018), the Court concluded that officers had probable cause to arrest a group of trespassing partygoers and that the court below erred by viewing facts in isolation.

In Carpenter, police arrested four men suspected of robbery, including Timothy Carpenter. Federal prosecutors obtained telecommunications records from Carpenter’s wireless carriers. Those records included cell-site location information (CSLI), time-stamped location data from each time Carpenter’s phone connected to one of the carrier’s cell sites. The government obtained 12,898 data points cataloging Carpenter’s movements over 127 days. These data points created a map of Carpenter’s location that placed him at the robbery. The Sixth Circuit held that Carpenter lacked a reasonable expectation of privacy in the CSLI because he had turned that information over to third parties: his wireless carriers.

The Supreme Court reversed in a majority opinion written by Chief Justice Roberts. “[A]n individual maintains a legitimate expectation of privacy in the record of his physical movements as captured through CSLI.” The government therefore needed a warrant, supported by probable cause, to obtain Carpenter’s CSLI.

This was significant because the Court has long held that “a person has no legitimate expectation of privacy in information he voluntarily turns over to third parties.” (Smith v. Maryland, 442 U.S. 735 (1979).)  …

Juliana DeVries is assistant federal public defender for the Northern District of California and a former Ninth Circuit clerk. She is the daughter of Hon. Sharon DeVries. (The views expressed are her own and not those of her employer.)