The Pro Bono Referral Program would like to thank all those who made the 4th Annual Pro Bono Benefit Hockey Game the most successful ever. This year’s fund raiser beat the previous record by more than $1000, netting the Program $6,300! A great fundraising success for a great cause! Rory Parnell of Parnell, Michels & McKay spearheaded the effort, including recruitment and coordination of players and sponsors.

Team Liberty was led by Tim Gudas (NH Supreme Court) and Kelley Stonebraker (Orr & Reno) who paced their offense. Rory Parnell played goal for Team Liberty and had some strong saves to keep the score tight.

More importantly, Amy Davidson and Nathan Midolo get a big shout out for skating for the first time in years for this great charity event! Many thanks to all the participants, sponsors and fans who donated to and attended the event.

Congratulations go out to a young hockey fan who won this year’s Bruins Hockey game ticket. She will enjoy an exciting evening of Bruins hockey from fabulous seats. Thank you to all who purchased tickets. Pro Bono would like to add a special thank you the generous donor of those tickets, the firm of Parnell, Michels & McKay. 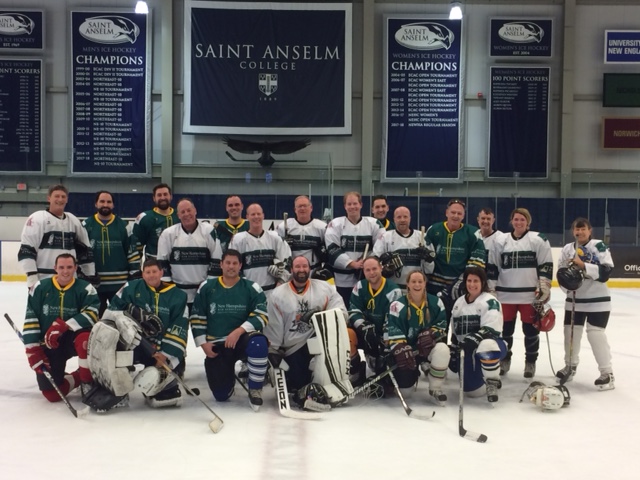