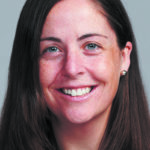 The plaintiff was hired by the defendant school district as the Somersworth High School Dean of Students. It was undisputed that the plaintiff was a member of a protected class of lesbian, gay, bisexual and transgender individuals. After an investigation into several instances of the plaintiff’s alleged misconduct which had been reported by district staff to another dean, an investigation was conducted resulting in a 12-page report. Thereafter, a district school board hearing was held on the superintendent’s recommendation to terminate the plaintiff based on the report’s recommendations. The investigators’ report described and found credible the allegations of the plaintiff’s misconduct and retaliation and recommended that the plaintiff be terminated for violating the district’s sexual harassment and ethics polices. At the three-night district school board hearing, the plaintiff was represented by counsel, had the opportunity to testify and to have her counsel cross-examine witnesses. After the three-night hearing, the board decided that the plaintiff’s actions warranted termination. The plaintiff filed a breach of contract claim against the defendant in the superior court and also pursued a discrimination claim with the New Hampshire Commission for Human Rights and the United States Equal Employment Opportunity Commission. The plaintiff received a notice of the right to sue and thereafter filed discrimination and tort claims in the superior court which were consolidated with her breach of contract claim. The district’s motion for summary judgment was supported by affidavits from the nine board members involved in the termination decision alleging that they did not consider the plaintiff’s sexual orientation in reaching their decision. In opposition, the plaintiff submitted an affidavit denying any of her alleged conduct which the investigators found to be in violation of sexual harassment policies. The trial court granted the motion for summary judgment stating that the evidence did not support a finding that the district or its employees were motivated by a discriminatory animus and noting that there was no evidence that the board members considered the plaintiff’s sexual orientation in reaching their decision.

On appeal, the Court affirmed the trial court’s order granting summary judgment to the district on the plaintiff’s discrimination claim. The court found that the plaintiff lacked any evidence to suggest a strong link between discriminatory animus and her termination. The Court also agreed that the plaintiff failed to identify sufficient evidence from which a jury could conclude that sexual harassment was pretext for sexual orientation discrimination. The Court rejected the plaintiff’s arguments that the school staff members harbored a discriminatory animus towards her, and that this animus was connected to the board’s decision under either the “cat’s paw” theory or the theory that the district’s investigation was a “sham.” The Court held that the record contained insufficient evidence to demonstrate that certain witnesses harbored a discriminatory animus towards the plaintiff or that the presumed animus sufficiently influenced the board’s decision in a way that it could be imputed to the Board under the “cat’s paw” theory. The Court also rejected the plaintiff’s argument that the district’s investigation was a sham and failed to apply the district’s sexual harassment policy to the evidence. The Court found that the board reached its determination after it conducted a three-night hearing and did not rely solely on the investigators’ report.