HomeBob Lynn: A Man of Many Talents

Bob Lynn: A Man of Many Talents

Colleagues praise Hon. Robert J. Lynn for his layered understanding and appreciation of legal intricacies, skills that may well have been shaped by the complexities of his own life 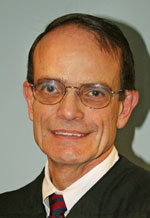 The son of a single mother who worked as a grocery store checkout clerk, he went on to become the chief justice of New Hampshire’s Supreme Court. A former DEA special agent during what was known as “the War on Drugs,” he is now a supporter of drug and mental health courts that emphasize treatment over incarceration. A gun aficionado since junior high, he has also been known to do yoga with alpacas. He is the lone Republican in a family of Democrats.

Now a state representative representing Windham, Lynn grew up in West Haven, Connecticut, raised by his mother and great-grandmother. He was the first in his family to graduate from high school. He never knew his father. As a teen, he considered skipping college and joining the Army, but was drawn to a new criminal justice program at the University of New Haven.

“I decided it would be interesting to be in law enforcement,” he says.

“It was late at night, the bars were starting to empty out and the bad guys started shooting at us right on the main street,” he recalls. “We returned fire, and a guy ran away. Shortly thereafter, the local police arrested him. Luckily, nobody got hurt.”

The job also found him interacting frequently with assistant U.S. attorneys, and he was intrigued by their prosecutorial work in the courtroom. “I thought, ‘if they can do this, maybe I can, too,’” he remembers thinking.

He then spent a year and a half working for the Justice Department’s Organized Crime Task Force in Brooklyn, New York before joining the U.S. Attorney’s office in New Hampshire from 1978 to 1984. Five years in private practice followed.

Along the way, he earned the admiration of colleagues like retired Supreme Court Justice Carol Ann Conboy, who was appointed an associate justice of the Superior Court within months of Lynn, and worked closely with him for more than 25 years on both the Superior and Supreme Courts.

“During those years, we developed a friendship that I shall treasure all my days,” Conboy says. “When we became colleagues on the Supreme Court, we had the great privilege of debating and deciding matters, large and small, that directly affected the citizens of our state.  Our friendship of course, did not prevent us from vigorously — some might say, volubly — arguing about the law.  Sometimes, as our colleagues on the Court were quick to point out, we enjoyed arguing with each other just for the fun of it.  But, for over a quarter of a century, we shared a deep mutual respect for each other’s commitment to the Rule of Law.  I greatly miss our intellectual sparring.”

It is a view shared by Attorney General John Formella, who has known Lynn for about four years, since he was counsel for Sununu and Lynn was chief justice. The two worked together on a number of initiatives, including efforts related to mental health and the corrections system, as well as the judicial retirement system, and continued to do so after Lynn was elected to the legislature.

“His enduring drive to make this state a better place, even in ‘retirement,’ is a testament to his dedication to public service,” says Formella, who considers Lynn “a trusted colleague and friend.”

“Even after completing one of the more successful legal careers in our state’s history by serving as a Justice and Chief Justice of both our Superior and Supreme Courts, he continues to play a major public service role as a state representative, serving as a member of the Finance Committee among other key roles, and as a member of the Governor’s Judicial Selection Commission,” he adds. “By the time he is done, there will be very few who have made more of an impact on our state than Bob Lynn.”

In all, Lynn spent nearly 27 years on the bench, and presided over numerous cases that he still finds memorable, in part because of the skill of the lawyers who argued them.

One such case was the murder trial of millionaire businessman John “Jay” Brooks, accused in the 2005 murder-for-hire death of a Derry handyman whom Brooks believed had stolen items from him during a moving job.

“At the end of the day, there was no evidence the victim had done that,” remembers Lynn, who also finds it interesting that the jury did not impose the death penalty prosecutors had requested. Instead, Brooks got a life sentence after being convicted on two counts of capital murder, first-degree murder and conspiracy to commit murder.

“There were very good lawyers on both sides of the case,” says Lynn. “The defense brought in an expert from Indiana for the death penalty part who was wonderful and did an excellent job. It was very interesting to try the case.”

His perspective on drug cases also evolved during his many years on the judiciary, as he saw how often low-level dealers and drug users were suffering from mental health issues as well as addiction. He now supports the alternatives offered by drug and mental health courts.

“We’re never going to be able to arrest our way out of the drug problem,” Lynn says. “I’m not suggesting I think there should be legalization or that dealers shouldn’t be prosecuted, but for the sort of low-level people who are just addicted themselves, constantly arresting them is not a smart model and treatment makes much more sense.”

Lynn says he was “really honored to have the chance to be chief justice” of the Supreme Court, and is proud of continuing the work started by his predecessor, former Chief Justice Linda Dalianis, in converting to an electronic filing system. That work, however, was interrupted by the COVID pandemic, which “really hurt the judiciary a great deal in terms of backlogs,” he says.

His tenure as chief justice was short – less than a year and a half – because of the state law mandating retirement at age 70, which also required Dalianis and Conboy to leave the bench within the last four years.

After his election as a state representative last year, Lynn introduced a proposed constitutional amendment to the state legislature that would extend the retirement age to 75. The measure did not pass, and he says he may introduce it again before he leaves office.

The lifelong Republican says he decided to run for office because “I’ve always been interested in politics but I had to swear off it for all the time I was a judge.”

Lynn continues to do arbitration for the American Arbitration Association, and sometimes joins in teaching civics education to assist his wife, Dina Chaitowitz, a retired federal prosecutor who volunteers for Civics 603!, a supplemental education program for middle- and high-schoolers.

In his spare time, Lynn enjoys working out at the gym and has joined his wife in attending at least one “yoga with alpacas” session at a farm in Massachusetts. But he particularly enjoys shooting – his hobby since junior high – and belongs to several gun clubs. He most often shoots with a .22 caliber rifle, or occasionally a pistol, and competes in local tournaments, recently winning a match in Rhode Island.

“As I tell my friends, the moral of the story is that even a blind squirrel can find a nut once in a while,” he jokes.

Lynn says he feels fortunate to have had the career he has had.

“I really love New Hampshire and I really very much enjoy the fact that I had the opportunity to be a lawyer and a judge in New Hampshire,” he says. “It’s a great place to live and work and practice law.”