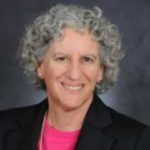 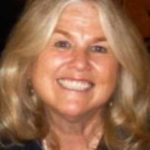 Nancy: Title VII of the Civil Rights Act makes it illegal for “an employer … to discriminate against any individual …, because of … race, color, religion, sex, or national origin.”  Deb, how many hours have you spent litigating what “because of” means?

Deb: Hours? Decades!  It gets tricky when there are “mixed motives” for the employment action, making the difference between “direct evidence” and “circumstantial evidence” important.

Nancy: Determining what constituted “direct evidence” became a cottage industry in mixed-motive cases because once the employee showed discrimination was a motive, the burden shifted to the employer to prove it acted for a non-discriminatory reason.

Deb: Yes, thanks to Justice Sandra Day O’Connor’s concurrence in Price Waterhouse, holding that before an employee got a mixed-motive instruction, she must have offered “direct evidence of discrimination”.

Deb: Even I can’t disagree with that. Then, the burden shifts to the employer to show that the real reason, the “because of” reason, was not discrimination, e.g., the employee missed her sales quota. If the jury believed she was fired “because of” poor sales, the employee lost, despite, contemporaneous gender bias.

Nancy: Congress overruled Price Waterhouse with the Civil Rights Act of 1991, so when an employee missed her sales quota and was fired, if her gender played any part, Title VII was violated:

“…an unlawful employment practice is established when the complaining party demonstrates that race, color, religion, sex, or national origin was a motivating factor for any employment practice, even though other factors also motivated the practice.” 42 U.S.C. 2000e-2(m).

Deb: Yes, but, Section 2000e-5(g)2(B), severely limited her remedies when the employer proved she was fired “because of” poor sales:

“On a claim in which an individual proves a violation under section 2000e-2(m) of this title [section 703(m)] and a respondent demonstrates that the respondent would have taken the same action in the absence of the impermissible motivating factor, the court-

(i) may grant declaratory relief, injunctive relief (except as provided in clause (ii)), and attorney’s fees and costs demonstrated to be directly attributable only to the pursuit of a claim under section 2000e-2(m) of this title [section 703(m)]; and

(ii) shall not award damages or issue an order requiring any admission, reinstatement, hiring, promotion, or payment…”

Nancy: Getting attorney fees is better than the big zero of Price Waterhouse. Also, the 1991 Act knocked out the direct evidence requirement for mixed-motive cases. Unfortunately, the authors of the 1991 Act flunked “drafting 101,” forgetting to include retaliation claims (University of Texas Southwestern Medical Center v. Nassar, 570 U.S. 338 (2013)), so those don’t benefit from the “motivating factor” language.

Deb: Nassar held that the language of Title VII’s retaliation provisions was similar to the language of the Age Discrimination in Employment Act (ADEA), so Title VII retaliation claims required proof “that the desire to retaliate was the but-for cause of the challenged employment action.” (emphasis added).

Nancy: “The” meaning to some, sole cause.

Nancy: Changing Nassar’s “the” to “a” was a huge deal. Employees could now argue they were not required to prove “sole cause” in non-mixed-motive discrimination cases, nor retaliation cases, under Title VII.

Deb: Admit it: employees were challenged to explain how a misquote in a Supreme Court drug case “amended” the holding of an employment case.

Nancy: It took energy! That’s why Bostock is fabulous for employees. Best known for holding that Title VII’s prohibition of sex discrimination includes sexual orientation and sexual identity, Bostock swatted away confusion on how to prove regular (non-mixed-motive) discrimination and retaliation cases under Title VII. I call it “Civil Rights Jenga”: one can pull out different sticks to topple the pile; each is a separate “but for” cause.  Justice Gorsuch wrote:

“ In other words, a but-for test directs us to change one thing at a time and see if the outcome changes. If it does, we have found a but-for cause.

This can be a sweeping standard. Often, events have multiple but-for causes. So, for example, if a car accident occurred both because the defendant ran a red light and because the plaintiff failed to signal his turn at the intersection, we might call each a but-for cause of the collision. When it comes to Title VII, the adoption of the traditional but-for causation standard means a defendant cannot avoid liability just by citing some other factor that contributed to its challenged employment decision. So long as the plaintiff ‘s sex was one but-for cause of that decision, that is enough to trigger the law.

No doubt, Congress could have taken a more parsimonious approach. As it has in other statutes, it could have added “solely” to indicate that actions taken “because of” the confluence of multiple factors do not violate the law. Or it could have written “primarily because of” to indicate that the prohibited factor had to be the main cause of the defendant’s challenged employment decision. But none of this is the law we have.” (citations omitted) (Emphasis added)

Deb: So, do you interpret this to mean that  summary judgment will not be granted for employers when there is any evidence of discrimination, regardless of solid evidence of a non-discriminatory reason for the action?

Nancy: Correct. Justice Gorsuch wrote, “Often events have multiple but-for causes.” Employees need not prove that discrimination was the primary, sole, main or even the most important trigger for the action. Mixed-motive pleading and McDonnell Douglas burden shifting may disappear. The employee can escape summary judgment and can receive full damages at trial without having to offer any evidence disproving the employer’s nondiscriminatory reason/s, because both the discriminatory and non-discriminatory reasons can be true, “but for” motivations.

Debra Weiss Ford is managing principal and litigation manager of the Portsmouth, New Hampshire, office of Jackson Lewis P.C. She has more than 35 years of experience representing employers.

Nancy Richards-Stower is a solo practitioner at her Merrimack, New Hampshire, employee rights law office with over four decades of employee advocacy experience.