HomeBy Land or Water, Butterfield Is a Beacon of...

By Land or Water, Butterfield Is a Beacon of Leadership 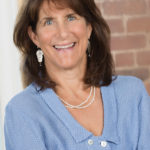 Naomi Butterfield has always had a hands-on approach to life, whether she’s been representing a municipality in court, sculling for the U.S. Rowing Team or engaging in her favorite de-stressing activity: knitting.

The Concord resident, who joined the Mitchell Municipal Group in March, started her legal career as a civil litigator, served for two attorneys general, and represented the Community College System of New Hampshire and Merrimack County before turning to municipal law.

“So much in New Hampshire happens at the town level,” she explains of her choice. “Local government governs a lot of what our lives are like here … It’s where it’s happening.”

Butterfield also finds time for multiple nonprofit projects, and for outdoor activities ranging from hiking in the woods to skiing to rowing, which has been “a big part of my life” since college, she says.

She is also part of this year’s class of Leadership New Hampshire, a program that brings together a select group of accomplished state residents to learn about issues facing the state and strategies for making a difference.

Connecting with the Outdoors in Thornton

A native of Brookline, Massachusetts, Butterfield spent time as a child at a family retreat in Thornton, New Hampshire, at the base of the White Mountain National Forest, where she developed a deep connection with the outdoors. 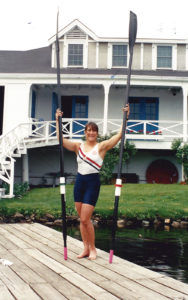 In college at the University of Michigan, she started the rowing club, eventually becoming a member of the Lightweight U.S. Women’s Rowing Team and part of a rowing community that endures to this day.

Butterfield and her women rower friends participate annually in Boston’s Head of the Charles Regatta, though she had to miss this year’s event because of a knee injury.

She continued rowing while in graduate school at Tufts University, where she was in a science program, then took some time off from education and went to the Kennedy School of Government, working to plan speakers for forums.

There, she met Dick Thornburgh, director of the Institute of Politics, who persuaded her she should be an attorney.

Law school at the University of Denver followed.

“I went out west for law school because I had to get away from water,” Butterfield jokes. “If I didn’t stop rowing, I wasn’t going to get through law school.”

From Colorado back to New Hampshire

She spent 20 years in Colorado, working at the Attorney General’s office and practicing land use, education and civil law.

She also met her husband, an Exeter native, and the couple moved to New Hampshire in 2007, just before the birth of their twin daughters.

Karen Levchuk, general counsel for New Hampshire Employment Security, has known Butterfield since her Colorado days, when both worked for the attorney general’s office there.

Levchuck describes her as “an excellent lawyer” who has “a zest for life that is very rare.”

“I would describe her as super-smart, super-funny and a very caring person who will always extend herself for someone in need,” she adds. “If I had to have a non-physician perform brain surgery on me, Naomi would be my choice.

She would be able to figure it out. She’s that smart.”

In the Granite State, Butterfield served as first legal counsel for the Community College System of New Hampshire, legal counsel for Merrimack County and for several years was an education and employment lawyer at Bernstein, Shur, Sawyer & Nelson before joining the Mitchell Municipal Group.

Among her most memorable cases was a quiet title action back in Colorado, involving a man who purchased a tract of land that had been farmed by Spanish-speaking locals for generations.

The new landowner sought to quiet title and stop the farming. Claiming the farmers were not identifiable, he published the required legal notice, in English, in the Denver Post miles away. Butterfield was part of the team that fought the action, and prevailed, before the Colorado Supreme Court.

Another notable case, when she served as general counsel for the New Hampshire Community College System, involved three state employees who had been laid off and who felt they should be eligible for community college positions.

“I took the position they could not as the CCSNH was no longer in the same bargaining unit,” Butterfield recalls.  “I worked closely with the Office of the Attorney General to defend the suit because we hoped to get, and did, a thoughtful decision form the New Hampshire Supreme Court that helped define the CCSNH as the non-state agency it had become.”

With her dedication to communities, Butterfield is also a strong believer in community service and chairs the board of the Mill Falls Montessori School in Manchester.

Meryl Levin, executive director of the school, met her about five years ago, when Butterfield — then working for Bernstein Shur — took a tour of the facility, and the firm ended up providing pro bono services to the school.

“She has a depth of knowledge and is also an excellent writer,” Levin says of Butterfield. “She can whittle things down to the most important pieces.”

When Butterfield left the firm, Levin invited her to join the board at Mill Falls, where she is serving her second year as chair of the board.

“She is an amazing resource for us professionally,” Levin says. “She enjoys solving problems and has a really good way of calmly getting to the core of an issue, whether it’s a conversation at board level or talking about something personal.”

Butterfield is also secretary to the board of the New Hampshire Community Loan Fund.

“It’s a great organization, helping with some of the solutions for affordable housing,” she says. “The Loan Fund helps small businesses learn how to succeed, and that educational piece drew me to them.”

In addition, Butterfield serves on the board of the Amoskeag Rowing Club and is a novice coach for Friends of Concord Crew, among other groups.

“From the very beginning, she impressed me not only with her limitless knowledge of the sport, but also with her boundless energy and spirit,” Vigneault says. “When she invests herself in something, she’s all in, heart and soul.

“While keeping it fun, she pushes and maintains high expectations of her athletes. I watch her transform attitudes of our young rowers by virtue of her contagious enthusiasm. She shares her passion for rowing with them, and has a delicate way of tapping into confidence these young athletes never knew they had.”

Butterfield learned to knit from an exacting German nanny when she was a child, then took up the craft again as a rower, during down time between events.

“It’s really calming to me,” says Butterfield. “I knit my way through law school,” she adds. “The classes that I knit in rather than just writing things down, those are the classes I remember the most from. I think it engages the busy part of your brain and frees up the thinking part of your brain.”

She says it is the sum of her experiences that brought her to her position today.

“There’s a variety of things that municipalities do and need help with. A lot of people who go into public service for their town tend to be good people and I like working with them.”