HomeChallenges and Uncertainty as New Hampshire...

Challenges and Uncertainty as New Hampshire Plans a Return to School

During a typical summer, any anxiety or excitement about going back to school doesn’t really set in for those involved until mid-August when the first signs of fall appear on the leaves and summer camps come to an end.

New Hampshire schools have provided this ritual of return each fall, beginning with its one-room-school houses of the 19th century, to the modern structures that educate 1000’s of students today.

This summer, of course, is anything but typical because of the COVID-19 pandemic and this fall the safety of New Hampshire schools will be put to the test.

The State of New Hampshire released its School Transition Reopening and Redesign Taskforce (STRRT) report July 14th providing recommendations on how schools can allow safe in-person classroom instruction if they choose to offer it for K-12 schools in the Granite State.

Individual school districts are expected to present their individual plans for reopening by the end of the month, according to school law attorney Jim O’Shaughnessy. Currently, he explained, school districts are in the process of creating task forces, made up of teachers and administrators, and that most districts have not issued a plan at this time. 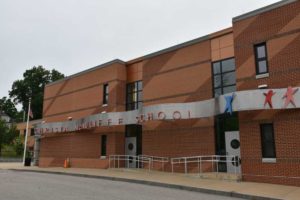 O’Shaughnessy, who works with numerous school districts around the state, said the biggest concern of his clients has been student and employee safety. It’s the uncertainty regarding these issues, he explained, that can be the most frustrating.

“How do we tell our clients, as school lawyers, it’s safe to open up schools,” O’Shaughnessy said, adding that many questions, in terms of safety as well as liability, remain. “How do we know what we’re doing is enough, legally, if kids get sick or employees get sick? Are there immunities in place that will protect school districts?”

The state’s plan for reopening is clear that it is not intended to be a mandate for local school districts around the state.

According to the 49 page document, the result of Governor Sununu’s Task Force made up of numerous stakeholders, as well as input from over 54,000 people around the state, the report is not a “one-size-fits-all” document.

The report states that “districts may develop their own operational guidelines,” while using the document as the “base of minimum requirements.”

“It’s challenging as a school lawyer to advise clients right now and one of those challenges is that every other day or week there’s a new federal law passed, or a new emergency order published by the Governor,” O’Shaughnessy said. “The Department of Education issues new guidance and the U.S. DOE issues guidance and we’re running around trying to stay on top of it and advise our clients on risk management. The world beneath our feet is constantly shifting.”

Another challenge, according to O’Shaughnessy, is the lack of legal authority that the State has to impose rules on the day-to-day operations of its schools.

The question of how much authority the State has to impose blanket orders on school districts today is wrapped up in the history of how school districts were created, according to O’Shaughnessy, who, along with his colleagues, recently published the treatise on school law, New Hampshire School Law. 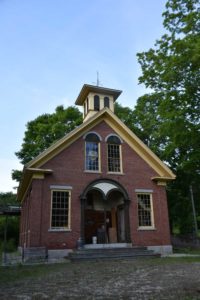 Throughout the 19th century, New Hampshire children primarily attended one-room schoolhouses. New Hampshire, at the time, was largely an agrarian state and each schoolhouse was considered its own district with its own local school prudential committee. The Legislature abolished this system when it passed the “Town School Act” in 1885, establishing each town as a separate single school district. As a result of that law — which is now reflected in RSAs 189:1-a and 194:1 — school districts, like other municipalities, are subdivisions of the state with limited local control. But that local control, according to O’Shaughnessy, includes the power to decide when and how schools will open and operate.

That authority plays a big part in the current reopening report issued by the State.

“If the State issued a strict mandate for reopening, school districts could say that the State exceeded its authority. On the one hand the school districts have fairly extensive authority under the law to decide how to operate its schools. But, school districts are also limited by the power of the legislature and that’s often a tricky concept in N.H. when we talk about local control…it’s limited local control. N.H. is not a state where all authority has been given to the local subdivisions,” O’Shaughnessy said. “On the flip side, the Governor has steered clear of issuing an order because he doesn’t have the authority to dictate how to reopen schools. This dynamic between the power of the State and the local school districts has both a practical and legal impact on the reopening of schools. We know that the governor has emergency powers in specific circumstances to protect the health and safety of the citizens, but reopening schools doesn’t trigger those emergency powers.”

In other words, the Governor is not saying the local school districts must open schools to protect kids, according to O’Shaughnessy.

“He’s saying that schools should and can open…and ‘based on the advice of [his] experts and the recommendations of the reopening task force, these are the recommended guidelines and parameters for reopening.”

“Typically, I would be advising my client to follow the State and federal guidelines for reopening schools during a pandemic, because those guidelines represent the ‘standard of care.’ When the guidelines are flexible and ambiguous in some areas, and when there are no clear rules to follow, school districts are forced to guess about the ‘standard of care’ — it’s like Governor offered us many different recipes, but we truly only have one chance to get this right.”

Andru Volinsky, who is campaigning for the Governor’s seat this fall, believes the state should have issued stronger orders for protecting school children and personnel. One of those orders, he said, could have been for the mandatory use of masks in schools.

“The Governor has mandated that businesses, such as restaurants, can’t open unless people are outdoors with six foot spacing. Are you telling me his emergency orders are more extensive as they apply to restaurants than children going to public school in NH,” Volinsky said.  “I think the Governor and the commissioner of education have abdicated their responsibility to keep school children safe in this state and that all is going to be decided by local districts in a haphazard crazy quilt of different approaches. This is not how courageous leadership operates in our state or anywhere else.”

Volinsky cited Massachusetts and Vermont as two nearby states that have mask requirements for their school children, adding that “wearing a facial covering is very effective” in order to prevent the spread of coronavirus.

“Other places that have opened up broadly have found they have had to close again. Israel is an example of that. So, experiences are out there from practical perspectives, the science is out there, there’s no harm in having children and teachers wear facial coverings. There won’t be full compliance, I get that, but the majority of kids will, and the majority will do it most of the time.”

Another issue that Volinsky is concerned about involves classroom air circulation. He cited the air standards set by the American Society of Heating, Refrigeration and Air Conditioning.

“Air in a classroom is supposed to turn over two and half times an hour. We have 488 school buildings in NH and some of them are over 100 years old, many are 40 to 50 years old. We should not send personnel and children into classrooms that don’t meet the basic engineering standards,” Volinsky said. “The Governor’s guidance only said, ‘evaluate your air exchange systems,’ there’s no engineering guidance or money to operate or install air exchange systems. It’s an abdication of responsibility.”

Douglas Ley, President of the AFT-NH, a union representing teachers in the state, expressed a similar sentiment in a statement July 15th.

“Local control is part of the very foundation of public education in New Hampshire, but stronger State guidance and support can mesh with local control. Local variations are real, but broad public health concerns crossing local district lines are also real, along with the scientific guidance that can help us in forming sensible policies,” the union statement reads.

Barrett Christina, Executive Director for the New Hampshire School Boards Association (NHSBA), was one of the stakeholders on the Governor’s Task Force to reopen schools. The NHSBA represents 160 school boards around the state and over 900 school board members.

Christina said that “mandate” may be the wrong word to use when describing the interests of those he represents.

Christina said he finds the state’s guidance plan for facilities preparation to be a helpful tool for school boards and facilities mangers to use but he added that the priority right now is planning, and the question of whether schools will even open in September.

“Everyone knows it’s too early to make that call, things change, but the one thing people and school boards need to be mindful of is that making these decisions without lead time can create a lot of chaos,” he said. “This is certainly not going away any time soon. And I imagine whatever entry plans we have now are going to need to be amended and tweaked as the school year goes on. October might look different from August and January might look different from December. That’s one of the challenges of speaking to school board members and teachers. The boards that put these plans together take in every possible scenario and hypothetical and regardless of what scenario comes up we still don’t have clear answers. That lends to the anxiety that we’re experiencing.”

One of New Hampshire’s high school teachers still waiting to hear what his district’s plans are preferred to remain anonymous because, as he said, he teaches civics in a “very conservative community,” and didn’t want his opinions to create conflict with students in the classroom.

The veteran teacher was asked to be on his district’s task force for reopening and believes the Governor’s decision to leave reopening plans up to the individual districts makes “some sense” but added:

“I am disappointed that he didn’t mandate masks. That should’ve been required and I’d like leadership at the top to see that. It’s clear to me that the science is in.”