HomeCreation of Department of Energy Changes How...

By Thomas B. Getz 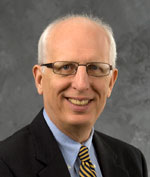 By creating the Department of Energy as part of House Bill 2, the so-called budget trailer bill, the New Hampshire Legislature and Governor Sununu fundamentally changed the way in which New Hampshire regulates public utilities.  The stated purpose for the change was “to improve the administration of state government by providing unified direction of policies, programs, and personnel in the field of energy and utilities.”

The reorganization focuses the Public Utilities Commission solely on its traditional role as an adjudicative body — calling balls and strikes on the facts of the cases presented to it. Enforcement, investigation, and other administrative roles — which had previously fallen to the PUC—were transferred to the DOE.  Importantly, the DOE will be able to play an active policy-making role, which the PUC was not designed to do.

For some background, New Hampshire was an early mover in regulating natural monopolies.  In 1838, it became the first State to attempt to regulate railroads and, in 1848, it created a State Board of Railroad Commissioners. In 1903, in response to the growth of large business trusts, it amended the state constitution to provide that: “Free and fair competition in the trades and industries is an inherent and essential right of the people and should be protected against all monopolies and conspiracies which tend to hinder or destroy it.”

In 1911, under the administration of Republican Gov. Robert Perkins Bass, the Legislature created the Public Service Commission to ensure that customers of regulated utilities receive safe, adequate and reliable service at just and reasonable rates.  In 1951, the Legislature comprehensively revised the utility statutes and renamed the PSC the Public Utilitiers Commission. In 1996, following decades of deregulation nationwide in various industries, including trucking, airlines, and telecommunications, New Hampshire passed legislation restructuring the electric industry.

As explained by the governor’s budget director, the goals for creating the DOE were to (1) remove perceived conflicts of interest tied to the PUC structure, (2) add accountability by requiring governor and executive council approval of all leadership positions, and (3) unify energy policy efforts statewide by combining departments with similar missions.  To accomplish these goals, the Legislature allocated the various roles of the PUC between the PUC and the DOE in a way similar to the Vermont regulatory model.  Hence, the PUC retained its adjudicative role, while the DOE assumed the remaining roles.  In addition, positions from the Office of Strategic Initiatives and the Department of Business and Economic Affairs were transferred to the DOE.

Conceptually, the reorganization of the PUC is a positive step forward, but not necessarily for the reasons identified.  The PUC, as it existed for more than a century, was an executive branch agency that used judicial procedures to exercise the ratemaking authority delegated to it by the Legislature. Over time, the PUC’s roles grew from conducting hearings and issuing orders setting rates and otherwise regulating public utilities, to include assisting customers through its Consumer Affairs Division in resolving complaints and understanding their rights and responsibilities; filling a number of emergency response and security roles through its Safety Division, as well as monitoring and inspecting construction practices; advocating for the State of New Hampshire on regional and national energy issues; administering various renewable energy and greenhouse gas related programs and funds; and, advising the Legislature and the governor on energy issues.

It is the last of these roles that may supply the most pertinent rationale for creating the DOE. Partitioning the PUC and focusing it on its adjudicative role will permit the new DOE to do what was not in the traditional nature of the PUC:  taking specific positions advocating for policy goals. Historically, the PUC operated as the arbiter between the interests of customers and the regulated utilities, acting in a quasi-judicial capacity consistent with the Administrative Procedure Act.  In that capacity, the PUC implemented policies set by the Legislature, but did not make policy in the first instance.

Over time, the world in which the PUC operated changed drastically. Technological advances and deregulatory efforts evolved hand-in-hand over the last half-century to move utility regulation beyond the core function of traditional ratemaking and expanded the types of proceedings that came before the PUC.   In reaction to those forces, the Legislature assigned new responsibilities to the PUC that required consideration of issues not well suited to the quasi-judicial regulatory paradigm.  Examples of those responsibilities are setting the systems benefits charge for energy efficiency and establishing net metering requirements, which have become political hot button issues, and implementing electric grid modernization, which has made little real progress in the six years since the Legislature directed the PUC to open a docket.

One potential reason for delegating broader policy-related tasks to the DOE may be found in the structure of the New Hampshire Legislature. The relevant House and Senate committees do not have the full-time professional subject matter staff that is prepared to analyze and draft detailed legislation in the way that their federal or larger state counterparts are.  The PUC has been the one entity in state government with the necessary subject matter expertise. With the reorganization, the new DOE can provide the resources and expertise needed at a time when energy issues are at the forefront of public policy making.

States apply variations on the same basic scheme for regulating public utilities, and New Hampshire adopted an approach that permitted PUC staff to act in advisory and/or advocacy roles as the circumstances required.  It may be arguable whether, in order to regulate public utilities effectively, it was necessary to create the DOE to address perceived conflicts, or achieve greater accountability in leadership positions, but it can advance policy-making.

Cabining off the PUC as a solely adjudicative body is a workable construct.  Execution is the challenge, as is so often the case in a reorganization, with the critical issues being staffing the DOE and the PUC with the right people in the right positions, and clearly drawing the jurisdictional lines between the DOE and PUC to avoid gaps and/or overlaps in responsibilities.  A recent article in the New Hampshire Bulletin, headlined “Everything is in a State of Flux” reports that some issues have surfaced in the transition.

Making energy policy is a prospective undertaking better suited to legislative and executive processes, not to retrospective adjudicative processes. The DOE will be able to work more directly with the Legislature and governor, actively pursue policy goals, and implement legislation in a manner similar to other agencies, as well as take advocacy positions before the PUC. As a matter of process, this is an organizational achievement. From a substantive viewpoint, there are sure to be disagreements over the policies pursued in the future, depending on who it is making the policy decisions from time to time, as is the nature of democracy.

Tom Getz is an of counsel attorney in McLane Middleton’s Administrative Law Department.  He can be reached at (603) 230-4403 or thomas.getz@mclane.com.