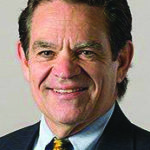 Fifteen experienced attorneys are lined up and waiting — for your dispute. It’s a service that’s available to every NH Bar member who wants to avoid litigation but, until now, hasn’t been widely understood.

The Dispute Resolution Committee’s recent relaunch aims to change that fact and ensure that the confidential and free member benefit is the top option for attorneys who are trying to resolve disputes with clients or other attorneys outside of the courtroom.

Charles P. Bauer, of Gallagher Callahan & Gartrell and chair of the committee, recently spoke with the Bar News about the Dispute Resolution Committee’s mission to handle complaints against attorneys that don’t rise to the level of ethical violations.

He said the recently-revised provisions and procedures that guide the committee’s work were approved by the Board of Governors at their February 14 meeting and are available at https://nhbar.org/nhba-dispute-resolution-committee .

Now, the Dispute Resolution Committee is ready to take on as many new cases as possible. In his conversation with the Bar News, Bauer explained the recent changes to the process, his past experience serving on the committee, and why he says there’s “no downside” to filing a dispute.

Bar News: How long have you been involved with Dispute Resolution Committee?

Charles Bauer: “Approximately 10 years. … Most recently, I’ve become the chair of the committee. The first thing I was asked to do was to take a look at the general provisions and procedures and so I went through those and revised them and tried to streamline them a little bit — make them more reader- and user-friendly.”

What are some of the most significant changes that were made?

“There was some discussion about whether we should remove the arbitration process from the NHBA DRC and it was decided not to do that. It was really streamlining and making it more user-friendly.

If somebody has a dispute, either with a lawyer or a law firm, or even lawyers have disputes with other lawyers… that don’t rise to ethical issues, then they can file a dispute. [In] the vast majority, there’s a client or former client who has a dispute with a lawyer… over either his or her service or his or her bill, so they file a dispute form with some information, it goes to Robin [E. Knippers] at the Bar Association and she will then generally just assign it out to the committee members.

…Then, the committee member tries to resolve the dispute … not as a decision-maker but as a facilitator. My experience is that it’s pretty successful.”

Why do you think the process is so successful?

“Number one, it’s free. Number two, your typical case is a client being disgruntled with a lawyer. That lawyer has decided not to litigate … that person has chosen to take advantage of the professional services that have been offered and so it’s good for that client and, frankly, the lawyers usually participate in [the process] too. …

What’s meaningful to you about your participation with the committee?

“I’m a litigator. I’ve been litigating civil cases for almost 40 years. Litigation is long, it’s expensive, it’s difficult, and uncertain. … I’m also a private mediator… My experience on this committee is the same as my civil mediation practice — I’m helping people try to resolve disputes between themselves on their own terms and conditions. I tell people it’s better to have the people who have the most information and the most interest and frankly, the most risk, come to a decision on their own rather than have a result imposed on you. It is a good process and I truly believe in the dispute resolution process.

The NHBA committee is really a public service, to the public as well as the other lawyers.”

What did you want to get across to members with the relaunch of the committee?

“Frankly, I don’t think it’s well-known and I think the Bar News would help in that process… If a lawyer has a disgruntled client, I would say to that client, ‘If you want to, we can put this in front of the DRC.’ There is no downside to it.

If you take a look at the roster of the people we have on this committee, they’re experienced. They have a lot of ADR, mediation, and arbitration under their belts. There’s really no downside.”

Is there anything else important to know about the process?