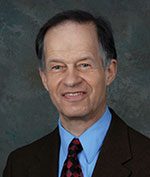 Can a public secondary school punish a student for inappropriate expression about school activities on the student’s social media? That is the issue the United States Supreme Court addressed in the case of Mahanoy Area School District v. B.L.  The questions before the Court were whether public schools have any authority to regulate off-campus speech, in particular on social media, and how the substantial disruption test which the Court has used for in-school speech applies to off-campus expression. In deciding, 8-1, in favor of the student, the Court placed more emphasis upon the weighing of individual circumstances than pronouncing a general rule.

The plaintiff, who had completed her first year of high school, vented on social media in response to her non-selection to the varsity cheerleading team. The first image was of her and a friend with middle fingers extended bearing the caption: “F— school, f— softball, f— cheer, f— everything.”  The second image stated: “Love how me and [another student] get told we need a year of JV before we make varsity, but that doesn’t matter to anyone else?” As a result of this expression, she was suspended from JV cheer for one year.

It is striking that the Court did not discount the constitutional protection based on the questionable nature of the expression, the young age of the speaker, her use of profanity or the relatively modest punishment imposed.  To the contrary, it noted that because the posts were critical of authority they would, if uttered by an adult, be entitled to “strong protection.”

In the Court’s landmark 1969 decision regarding student free speech in public schools, Tinker v. Des Moines Independent Community School District, which involved a student in a school hallway wearing an arm band protesting the Vietnam War, the Court held that in-school speech could only be sanctioned if it caused substantial disruption.  In more recent years, the Court has made exceptions to this principle in the contexts of speech that could reasonably be perceived as being made on behalf of the school, such as articles in the student newspaper, speech made at a student assembly or a banner displayed at a school-sponsored event. This is the first case since Tinker to favor the student.

The broad questions presented by the case were whether the substantial disruption Tinker standard applied to student speech occurring off campus and whether, as the Third Circuit had held, the school district had no authority over speech off campus regardless of its disruptive effect. And assuming Tinker does not apply, but schools retain some authority over off-campus speech, what level of constitutional protection should apply where the speech is related to school activities or personnel?  Finally, how can on- and off-campus speech be delineated in the context of social media?

The Court rejected the Third Circuit’s position and affirmed that a “school’s regulating interests remain significant in some off-campus circumstances.” Rather than attempting to articulate a generally applicable legal standard, it held that even if the Tinker standard were applicable, the school district had failed to establish that the student’s posts caused substantial disruption, and therefore the district had no authority to punish her speech.

Despite rejecting the Third Circuit’s position, the Court gave three reasons why public schools have less authority over off-campus speech:

The Court noted that the social media posts were prepared outside the school premises and hours, did not identify the school or target any individual member of the school community, and were transmitted through the student’s personal cell phone to her private circle of friends. Moreover, the Court distinguished between the posts’ vulgarity, which falls within the realm of protected free speech, and the unprotected category of obscenity as it has been defined in previous decisions. Vulgarity outside of school, even when resulting in hurt feelings on the part of members of the school community, is not enough to overcome the First Amendment interest.

An important question arising out of the Court’s decision is how the delineation between on- and off-site speech applies in other contexts such as public employment. Under Garcetti, the governing public employee free speech standards have been:

The Mahanoy decision may be used by public employees to argue that their speech outside the workplace, although related to work issues, should be entitled to greater protection than accorded by Garcetti, which involved memos prepared at work.

Another unanswered question is to what extent these free speech principles apply to the growing number of charter and other schools which have public funding but are under private or quasi-private control.  And finally, particularly with younger students, there is a fundamental question whether the right belongs to the student, the parents, or a combination of the two. In this case, the Court gave more consideration to the doctrine of in loco parentis – that the school stands in the place of parents and derives its authority from that of the parents – than in its previous student free speech opinions.

In its concluding paragraph, the Court stated:

“It might be tempting to dismiss B.L.’s words as unworthy of the robust First Amendment protections discussed herein.  But sometimes it is necessary to protect the superfluous in order to preserve the necessary.”

This decision is an important reminder that this Court will protect expression far removed from the classic marketplace of ideas.