HomeFor the Love of the Arts

For the Love of the Arts

Most law firms are named after their founders or principal attorneys, but Amanda L. Nelson chose a Latin phrase for her Dover, New Hampshire practice: Artium Amore.

It means “for the love of the arts” and it reflects the firm’s dedication to serving the artistic community and its unique legal needs.

A native of Londonderry, New Hampshire, Nelson comes by her love of the arts honestly. Her mother’s side of the family boasted several visual artists, including one who made graphic designs for children in the late Victorian and early Edwardian period, and her paternal grandmother and great aunt were both pianists. 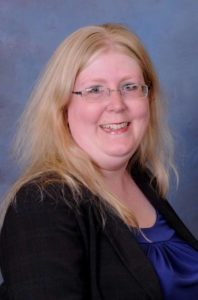 Nelson’s paternal grandfather played the violin, and it was his instrument – now 102 years old – that she used when she took up the violin while still at Londonderry Junior High. She continued playing for some 20 years, performing at venues from symphonies to an opera.

At the University of New Hampshire, she played for the school’s symphony orchestra while earning a bachelor’s degree in History and International Affairs. She envisioned a State Department career, but a summer study abroad program at the Sorbonne in Paris altered the trajectory of her future.

“It really did change my life,” Nelson says of that summer, which she spent exploring the City of Light’s many museums, cathedrals, and historic sites. “I suddenly found a passion in the museum and antiquities and arts world. Everywhere you went, it was history and culture. I absolutely fell in love.”

When she returned, she took a museum studies course her senior year and “really enjoyed it” before pursuing a master’s degree in history and museum studies at UNH.

She then spent 10 years as a museum curator and consultant, first curating the contents of two houses owned by the Ipswich Historical Society, and later joining a colleague to offer consulting services to museums and other art venues that couldn’t afford full-time staff but needed help with things like teaching volunteers how to catalog items.

But something troubled Nelson about some of the interactions. She found there was “a lot of misunderstanding” in the art world about such things as ownership, copyright, deeds of gift, and licenses. “I started considering law school because clearly this field needs help,” she remembers thinking.

So she went back to UNH, this time to the law school, earning her Juris Doctor in a new program in art and museum law. There, she became a mentee to a couple, Peter and Kate McGovern, who were adjunct professors in such niche areas as art law, music law, and theater law. “All of a sudden it was like I found my people,” Nelson says.

Kate has since died, but Nelson has stayed in touch with Peter McGovern, who calls her “a model young practitioner.”

“She was very well respected by the people at the school and got along well with everybody,” he adds. “I think she’s going to go to high places in the practice because she has that attitude and she works hard and she’s very specific about what she does, and those are traits that lead to success.”

Upon graduation, Nelson hung out her shingle almost immediately and has been a one-woman shop ever since.

Her clients “are looking for a wide range of things – contract licensing, commission agreements or they’ve been given something and they want me to review it before they sign it,” she says. “My goal is to make sure you don’t have to go to court, apologies to my litigator friends.”

Part of her work is also educational, and the Artium Amore website includes information and links to articles on such topics as the Native American Graves Protection and Repatriation Act, which requires institutions receiving federal funds to inventory their collections to see if they include any Native American remains or funeral objects and return them to the proper tribe, and how Ukraine’s cultural heritage is in peril because of the war.

“I think Amanda Nelson is one of the nicest and smartest people I know,” says Cunningham, who has known her for about six years. “I work with her a lot on difficult issues I’m dealing with involving LLCs and client relationships and she’s a wonderful listener, probably the best listener I’ve ever known… I just can’t speak too highly of her.”

Nelson’s lifelong love of history is reflected in some of her non-work activities, including serving as a board member and president of the Weeks Brick House and Gardens, a historic house in Greenland, New Hampshire. The site includes a colonial housewives garden, and when the gardener left shortly after Nelson graduated from law school, she took over the responsibility of running it. “It was quite the learning curve,” she says. “Learning about plants like borage. I still do it. It’s good exercise, there’s fresh air and it appeals to the historian in me.”

She is also a member of the Dover Arts Commission, and a board member of the Woodman Museum of Dover, Arts4NH and Red Arch Cultural Heritage Law & Policy Research, a nonprofit that focuses on “protection and preservation of cultural heritage and antiquities with a goal to stop the black market and repatriate artifacts that have been looted in wartime,” Nelson says.

Nelson lives in Dover with her pet guinea pig, Pyewacket, a name which comes from a 17th Century witch finders’ journal, in which an accused witch listed her “familiars,” or animals thought to have magical powers. One of the names was Pyewacket, “and my mother, who’s also a historian, thought it would make a great name for a guinea pig,” she says.

Despite her effervescent personality, Nelson thinks many fellow Bar members might be surprised to learn she considers herself “an incredible introvert,” which is why quiet curatorial work suited her for many years.

Still, she loves what she does now, she says.

“I hope I’m getting awareness out there that there is this area of the law and there are lawyers who do this,” she says. “My goal is to make sure everything is in place so you don’t get into trouble.”