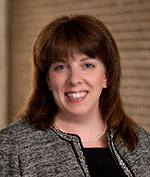 It is hardly a secret that medical advances in treating infertility and achieving pregnancy and live birth have moved faster than the law. In the past, many state statutes only referred to artificial insemination and assumed a woman and her husband. Although New Hampshire updated its law and now defines artificial insemination outside of the context of marriage, it still assumes the person is a woman. See RSA 168-B:1, I (2014). More importantly, though, it broadly defines assisted reproduction as a “method of causing pregnancy other than sexual intercourse,” thus including artificial insemination along with other methods, and leaves open the definition to include future technologies not yet developed. RSA 168-B:1, II. In doing so the legislature recognized that the law needs to be adaptable to what is yet to be.

Assisted reproduction has resulted in many people creating embryos (“the fertilized egg” RSA 168-B:1, VI) through in vitro fertilization. As technology has improved, the need to transfer multiple embryos to a person’s uterus in order to achieve a pregnancy has decreased. In fact, a single embryo transfer is now considered the standard of care, especially when the embryo is created with an egg from a person under the age of 35. (See American Society for Reproductive Medicine. Guidance on the limits to the number of embryos to transfer: a committee opinion. Fertility and Sterility. 2017;107:901-3.) Further, since 2012 the technology to freeze a person’s eggs is no longer experimental and has resulted in many individuals freezing their eggs in their 20s or early 30s to preserve their ability to have a genetic child in the future, or prior to undergoing medical treatment that may impact their fertility, such as chemotherapy. Similarly, the freezing of sperm for future use has been commonplace for a number of decades. With more eggs, sperm and embryos frozen than ever, inevitably frozen reproductive genetic material could survive the person or persons who froze it. This raises many questions, including who owns the material after the person’s death, who can use the material after the person’s death and whether the posthumously conceived child can inherit from or receive survivor benefits from the decedent.

Most family law practitioners are familiar with the statutory presumptions of who is a parent, i.e., the marital presumption or the holding out provision. See RSA 168-B:2, V (2014). Many however, are unaware that if a person provides eggs, sperm, or embryo(s) prior to death to be used after death and consents to their use with the desire and intention to be a parent of any resulting child, that the deceased individual would be a parent to the posthumously conceived child. See RSA 168-B:2, II and IV (2014). It is not necessarily enough to freeze one’s eggs, sperm, or embryos, nor to bequeath the frozen reproductive material in your will or trust. An additional affirmative step is required under New Hampshire law to state in writing that your intention is for the genetic material to be used and that you desire to be a parent.

Despite this statute however, a posthumously conceived child is still unable to inherit or receive social security survivor benefits. The New Hampshire Supreme Court’s analysis and holding in Khabbaz v. Commissioner, 155 N.H. 798 (2007), sets forth in detail the reasons why a posthumously conceived child is not “surviving issue” under New Hampshire’s intestacy statute and accordingly, that a child is not entitled to receive a portion of her father’s estate or receive social security survivor’s benefits.  Mr. Khabbaz was diagnosed with a terminal illness in 1997 and “began to bank his sperm so that his wife could conceive a child through artificial insemination. He also executed a consent form indicating that the sperm could be used by this wife “to achieve pregnancy” and that it was his “desire and intent to be legally recognized as the father of the child to the fullest extent allowable by law.” Id. at 799. Two years after his death, his wife gave birth to a daughter who was conceived with his sperm. Although, the current version of RSA 168-B:2, IV was not in effect at the time, Mr. Khabbaz did exactly what the current statute contemplates; he put in writing that he consented to his wife using his sperm after his death and that he desired to be the child’s parent.

In a persuasive and empathetic concurrence Chief Justice John Broderick urged the legislature to do more to effectuate the clear intentions of a person who desires to be a parent, even after his or her death, and to protect the financial future of their issue.

I write separately to respectfully urge the legislature to examine, within the context of the state’s intestacy statute, the confluence of new, ever-expanding birth technologies and the seemingly arcane language and presumptions attendant to the settlement of decedents’ estates. I believe that with time and further technological advances, this confluence will engulf more and more of our state’s families and the children produced as a consequence of such advances.  Id. at 806.

Despite Chief Justice Broderick’s urging, over 14 years later, posthumously conceived children in New Hampshire remain unable to receive social security survivor benefits or inherit from their parent’s estate. While it may not be practical to leave an estate open indefinitely, the legislature could amend the statute to permit a reasonable period of time for the genetic material to be used for conception. Mr. Khabbaz’s daughter was born a mere two years after his death. In reality, the majority of these cases will be with parents who are presently undergoing assisted reproduction at the time of one parent’s death or while the child is in utero.

In the meantime, it is still important for those freezing their gametes or embryos to make it clear whether they consent to the use of those gametes after the death and wish to be a parent of the posthumously conceived child. If they do, and they comply with RSA 168-B:2, IV, that evidence of intent may be able to be used if the child is a resident of a different state. At a minimum though, the child will be able to have two parents named on the birth certificate and for many, that can provide much comfort.

Chrissy Hanisco is an attorney at the Stein Law Firm, PLLC in Concord, where she focuses her practice on third-party family formation through adoption and assisted reproductive technology in both New Hampshire and Massachusetts. She serves on the NHBA Board of Governors Governor at-Large. She can be reached at cmhanisco@steinlawpllc.com.