HomeIn The Matter of Matthew Routhier And Kelly...

In The Matter of Matthew Routhier And Kelly Routhier 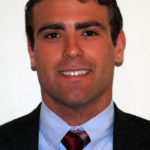 Kelly Routhier (wife) and Matthew Routhier (husband) were engaged to be married in 2013. Thereafter, the husband and his parents acquired a piece of property in Dunbarton (Dunbarton property) on which the husband intended to build a house.  The husband’s parents financed the purchase by securing a home equity line of credit (HELOC) on their home.  The husband and the wife married in 2013, had a child together, but eventually filed for divorce in 2018.  As part of the divorce proceeding, the trial court awarded joint-decision making authority between the parties, ordered the child to primarily reside with the wife, denied the wife’s request for temporary alimony, and ordered the husband to pay bi-weekly child support. Following a final hearing, the trial court issued a final divorce decree and parenting schedule. In doing so, the trial court awarded the parties joint decision-making authority and approximately equal parenting time, ordered the child to attend public school serving the wife’s residence in Hampstead, and reduced the amount of bi-weekly child support the husband was previously ordered to pay. The trial court also determined that it lacked jurisdiction to distribute the Dunbarton property as part of the marital estate because the husbands’ parents’ ownership interest in it. Finally, the trial court also divided two of the parties’ firearms. Both parties filed motions to reconsider, which were denied.   The parties then cross-appealed the trial court’s final divorce decree.

With regard to the husband’s appeal, the Court concluded that the trial court did not unsustainably exercise its discretion by ordering the child to attend public school serving the wife’s residence in Hampstead because the trial court utilized the best interest standard and its findings provided an objective basis sufficient to sustain its decision. The Court also concluded that the parties’ firearms were properly considered marital property subject to distribution based on a clear and unambiguous interpretation of the term “property” contained in RSA 458:16-a, I.