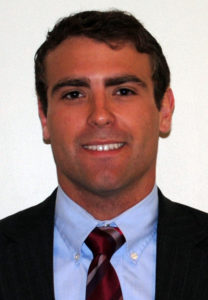 • Whether RSA 507:7-E (2010) applies to claims for personal injuries that allege a breach of the implied warranty of merchantability under RSA 382-A:2-314 (2011), thus permitting a named defendant to apportion fault to a non-litigant.

The plaintiff filed an action against the seller and distributor of fireworks for, among other things, breach of the implied warranty of merchantability. The defendants made a DeBenedetto disclosure identifying a Chinese company as the manufacturer of the fireworks that allegedly caused the plaintiff’s injuries. The plaintiff moved to strike the disclosure arguing that apportionment of fault did not apply to breach of warranty claims. The defendants argued that the phrase “in all actions” contained within RSA 507:7-e, I was intended to cover all actions and not just those sounding in tort. The plaintiff argued that the statute was intended to cover only tort actions.
The Supreme Court held that when interpreting RSA 507:7-e as a whole, the apportionment of fault principles only applied to tort actions. In doing so, the Court pointed out that in the fault-based tort context, liability is predicated upon the culpable conduct of each person responsible for an injury. Conversely, warranties established under the Uniform Commercial Code establish liability on the part of all parties involved in the commercial sale of the defective product that causes injury without regard to fault and to ensure that an injured consumer has the ability to secure compensation for his or her injuries from whichever entity in the chain of distribution can most conveniently be held accountable. As a result, the Court held that DeBenedetto apportionment of liability does not apply to breach of warranty action between persons or entities in the supply chain of a product for liability predicated on the same warranty. It is noteworthy that the Court’s decision was rendered “under the circumstances presented” of the case and therefore likely has a narrow application. The Court stated that its decision did not address whether defendants in the supply chain of a product may seek to apportion liability for an injury to some third-party outside of the supply chain where the conduct is alleged to have wholly or partially contributed to cause a plaintiff’s injuries or to a third party within the supply chain whose liability is predicated on a basis other than the sale of an unmerchantable product.