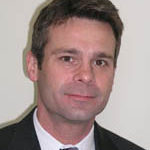 Plaintiff-wife sought protection from domestic violence based upon conduct on three occasions.  First, Defendant-husband sent a text threatening to break her jaw. The second incident involved Defendant-husband preventing her entry from the marital home, bruising her leg by slamming the door and wielding a loaded gun in the home.  The third incident involved Defendant-husband pointing a loaded gun at Plaintiff-wife’s aunt while visiting the residence.  Plaintiff-wife was absent at the time of the third occasion, but their teenage grandson over whom they had guardianship was present in the home.  The unrebutted record before the trial court showed that each of the three incidents occurred while defendant-husband was impaired from excessive alcohol consumption.

To obtain protective orders under RSA chapter 173-B, the plaintiff must show abuse or credible threat to safety by a preponderance of the evidence.  The trial court’s protective order found the criminal conduct of the first incident constituted simple assault.  The trial court found the second incident constituted reckless conduct.  The third incident, although not directed at Plaintiff, but instead at her aunt, was found to present Plaintiff-wife with an ongoing credible threat to her safety.  The criminal conduct specified by RSA 173-B does not require that it be to be directed at the plaintiff: “RSA 173-B:1, I, does not require that the plaintiff be the direct target of the statutorily-enumerated predicate offenses, but requires only that the defendant commit or attempt to commit one or more of those offenses and that the defendant’s conduct pose a credible, present threat to the plaintiff’s safety.”  The Court observed that even cruelty to animals as prohibited by RSA 644:8 may be sufficient to constitute abuse under RSA 173-B.

Defendant-husband argued alternatively that giving up his firearm, abstaining from alcohol and possibly undergoing treatment for alcoholism would be appropriate under the circumstances, contending that requiring him to leave the parties’ home and prohibiting him from being within 300 feet of Plaintiff-wife was unnecessary and therefore reversible error.  Applying the unsustainable exercise of discretion standard, the Court found the record established an objective basis for ordering those remedies.