For minority groups in the Granite State, finding an attorney who not only speaks their language but shares their customs and beliefs—someone who is ‘like them’— can be difficult.
To address diversity issues affecting representation—especially for those who can’t afford attorney fees—members of the New Hampshire legal community, including various law firms, the UNH Franklin Pierce School of Law, the Judicial Branch’s Access to Justice Commission, and the New Hampshire Bar Foundation, have been working to help solve the problem. 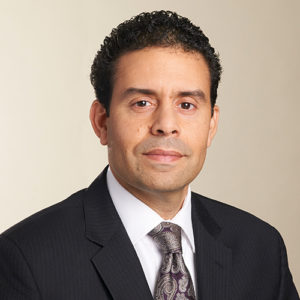 Peter Nieves, a patent attorney at Sheehan Phinney and former adjunct professor at UNH Franklin Pierce School of Law, is working with the Access to Justice Commission to provide pro bono assistance to underprivileged minorities by attorneys with similar ethnic and cultural backgrounds.

“[W]e are seeking avenues to make it easier for attorneys in good-standing, who are licensed to practice law outside of New Hampshire, to provide pro bono legal support for underprivileged minorities who are seeking legal representation from attorneys having similar ethnic and cultural backgrounds,” Nieves said. He adds that, while the work being done by UNH Franklin Pierce School of Law and various law firms to increase the number of minority attorneys is currently underway, this work will take more time to effectively influence New Hampshire’s legal community.

And this is why, he says, it is important to make pro bono representation more easily available for those in need now.

“Providing a modification to the number of requirements for non-New Hampshire attorneys, who are in good standing, and who are willing to help provide pro bono legal support, at a time when the number of minorities in New Hampshire has grown and continues to grow, should allow us to reach out to our brothers and sisters in the legal field and seek their assistance in serving underprivileged minorities in need of pro bono support, where such minorities have expressed the desire to be represented by attorneys ethnically and culturally similar to themselves.”

Despite increases in minority populations from 2000-2018, New Hampshire remains less diverse than much of America, with 90 percent of the population considered non-Hispanic white according to a Carsey School of Public Policy report.

Non-members of the New Hampshire Bar are not permitted to appear in any case, except through an application to appear pro hac vice (for a specific occasion), with an in-state attorney present at oral argument.

Another Access to Justice Commission member, Robert Dietel, said allowing out-of-state attorneys to take pro bono cases was one of the Commission’s recommendations. How soon it could happen depends on the rules committee, he says, but it could happen sometime early this spring or summer.

“I think the big picture is that there are a few rules that are being considered and all of them are common-sense solutions to have more pro bono solutions,” he said.

The New Hampshire Bar Foundation has also been working hard to address diversity issues in the state. Last summer the Foundation began a fundraising effort focusing on three key initiatives – the statewide Diversity and Inclusion Project; the Moose on the Loose Teacher’s Guide on Civics Education; and supporting the 603 Legal Aid call center. A recent survey, sent to over 5,000 members of the New Hampshire Bar found that of the 1,725 respondents, 74, or six percent, considered themselves to have a diverse race or ethnicity and the remaining respondents, 1,189, were white.

Mary Tenn, a Foundation Board member who chaired the survey’s working group, says “We have put together a substantive report that will provide a baseline for all stakeholders in the legal system to take actions that can create, over time, a more diverse legal system that reflects New Hampshire’s increasingly diverse population.”

The survey is expected to be distributed in the “very near future,” says NHBA Executive Director George Moore. All of the data will be available on the NHBA website.

One area the survey data pointed to was the issue of recruitment of diverse candidates for positions in New Hampshire’s legal community.

Some firms in the New Hampshire legal community are addressing the recruitment of minorities in the legal field with the creation of a summer internship program at New Hampshire firms for first-year law students, or 1Ls. 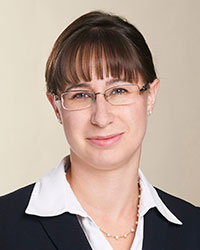 Sheehan Phinney attorney, Courtney Herz, has been involved in shaping a 10-week summer internship that will begin this summer. The other firms involved are Sulloway & Hollis, Orr & Reno, Nixon Peabody, and McLane Middleton.

“Several of us were talking about ways to improve the diversity efforts in the state’s legal community, and one of the things we started talking about was recruitment. In designing our program, one of the places we looked for guidance was to a similar 1L program developed in Maine a few years ago,” she says. “Firms involved in the Maine program were helpful contributors to our planning.”

The goal of the program, Herz says, is to find students who will contribute to the Diversity, Equity, and Inclusion (DEI) efforts of the firms and the New Hampshire legal community. Each of the firms will hire at least one 1L student. “In recruiting for this program,” she explained, “we’ve reached out to law schools across the country, including UNH, as well as other schools that don’t historically send students to New Hampshire.”

Herz says the firms have received a total of 46 complete applicants for the paid summer internships. Twenty of those applications came from UNH Franklin Pierce School of Law, while others included candidates from Cornell, Howard, Seton Hall, Vermont, Roger Williams, and other law schools from across the country.

“The thing that each of [the five firms] felt was unique about this was the importance of working cooperatively,” Herz says. “It is going to involve shared programming and shared goals, with the intention of improving our legal community.”

Rekha Chiruvolu, Nixon Peabody’s Chief Diversity, Equity & Inclusion Officer, referred to the program which she has been working on as a “pipeline” for bringing talented attorneys to the state.

“We’re hoping to build a pipeline so that people will decide to stay,” she says. “We’d like to give folks from diverse backgrounds a glimpse of what we’re practicing in New Hampshire.”
The internships would begin, Chiruvolu says, in May 2022. Those chosen will be doing legal work, including research, writing, shadowing attorneys, and learning about various practice groups.

“We hope to show them the variety of work these five firms are working on,” Chiruvolu says. “I’m excited and it shows that the firms can work together.”
Applications have been submitted and interviews with students have been conducted. Offers should go out early-to-mid-February.
Nieves has been involved in this program, as well, and like Herz and Chiruvolu, he says the fact that these firms are working together is unique.

“It’s been great. The firms have worked hard together to give law students exposure to law firms in New Hampshire,” he says. “This is wonderful.”