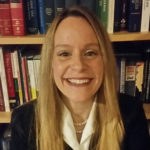 This is a provocative case stemming in part from the “Free the Nipple” movement, whereby the female defendants were convicted of violating a Laconia city ordinance that makes it unlawful to appear in a public place “in a state of nudity” after appearing topless at public beaches. The ordinance defines “nudity” as the showing of the male or female genitals, including the female breast without a fully covered nipple.

The full Court assumed, without deciding, that the defendants engaged in constitutionally protected expressive conduct in a traditional public forum for the purpose of state and federal first amendment analysis. As such, the full Court found that the ordinance is a content-neutral regulation because it is a general prohibition against nudity and nothing in the text suggests that one group’s viewpoint is preferred over another’s viewpoint. The Court did not analyze whether the ordinance passed scrutiny as a content-neutral regulation because the defendants did not raise that issue on appeal. Rather, the defendants argued that the ordinance demanded strict scrutiny because it was content-based and viewpoint discriminatory.

The full Court then found that the city ordinance was not preempted by RSA 645:1, I, which provides that a person is guilty of a misdemeanor if s/he exposes genitals or performs an act of gross lewdness. In fact, according to the Court, the statute appears to prohibit the defendants’ very conduct, and the ordinance certainly does not frustrate the purpose of the statute. Further, this statute does not represent a comprehensive regulatory scheme indicating legislative intent to occupy the field of public morals in this area.

For the same reasons that the majority rejected the defendants’ equal protection argument, the full Court rejected the defendants’ argument that the city ordinance violated RSA 354-A, known as the “Law Against Discrimination.” The full Court explained that the ordinance merely prohibits those who access public places from doing so in the nude regardless of their sex, and makes a permissible distinction between the areas of the body that must be covered by each sex.

The dissent strongly disagreed with the majority’s holding that rational basis review applies to the defendants’ equal protection claim. The dissent asserted that the ordinance facially classifies on the basis of gender because the statute defines nudity differently for a man and a woman using specifically gendered language. The challenged portion of the ordinance can only be violated by a woman. As such, this is a gender-based classification to which the court must apply strict scrutiny under the New Hampshire Constitution. And, according to the dissent, the state failed to present sufficient evidence at trial to satisfy the exacting standard of review. The dissent, therefore, would find the ordinance unconstitutional.