The Philip S. Hollman Award for Gender Equality was established on the occasion of Judge Philip Hollman’s retirement from the Superior Court bench in 2003.  The award is designed to honor his efforts as a stalwart advocate for gender equality in the legal system.

A Hollman award recipient is someone who is dedicated to promoting respect and fair treatment towards all members of the judicial system. This recipient acts as a leader, educator, and role model on such issues. The Gender Equality Committee has chosen an award recipient each year since 2004.

The Gender Equality Committee decided to interview some of the Philip S. Hollman Award Recipients to further highlight their success in the area of gender equality and to see what has changed (or stayed the same) since the time the award was received. 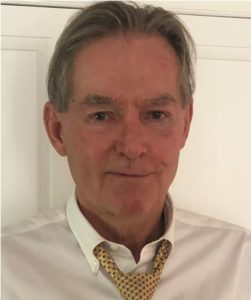 I had the opportunity to speak to a representative of the very first Philip S. Hollman Award winner, the New Hampshire Public Defender Program. Randy Hawkes has been with NHPD since 1992.  He was a trial attorney and managing attorney in the Dover office for twenty years, and has been Executive Director for the past ten.

Below are some excerpts from my exchange with Randy.

Has receiving the Philip S. Hollman award influenced the practice of the NH Public Defender Program? If so, in what way?

The recruitment and promotion of female attorneys was already a well-established component of NHPD culture when the program received the Hollman award in 2004. Despite the momentum gained by the women’s movement during the 1960s and ‘70s, and despite the obvious benefits of bringing more women into the legal profession, most law schools and law firms were slow to accept, let alone embrace, the idea that women could excel in the legal arena. But that wasn’t the case with the early public defenders in New Hampshire.

Almost from the program’s inception, NHPD provided professional opportunities for women. Back in the 1970s, when former New Hampshire Supreme Court Justice Jim Duggan was a public defender, he hired Cathy Green as an investigator while she was still in law school. When she graduated in 1977, she became the first female public defender in New Hampshire. At the time, there were no other women working as defense attorneys, no women in prosecutors’ offices, no female clerks, and no female judges.

I think the 2004 Hollman award was an acknowledgment that NHPD had been among the leaders in providing opportunities for women, and ahead of the zeitgeist in doing so. Receiving the Hollman award reinforced NHPD’s dedication to equality of opportunity.

How have you promoted gender equality and fair treatment since winning the Hollman award?

NHPD promotes gender equality by recognizing talented women, bringing them on-board, and providing equal opportunities for professional development. In 2004, half the public defender staff attorneys were women. Their numbers have increased with each successive year. Today, female attorneys comprise 61 percent of NHPD’s staff. Today, 69 percent of the program’s managerial positions are occupied by female attorneys, including six managing attorneys and five assistant managing attorneys. Half of the Directors in NHPD’s administration are women. When NHPD was incorporated, all members of the Board of Directors were men. Today, five of the nine are women. The current distribution of women at all levels at NHPD largely derives from the caliber of women who have joined the program.

What activities have you or others engaged in that you think have had a meaningful impact in promoting or advocating for gender equality in the legal system?

At the risk of sounding like a cliché, when it comes to gender equality in New Hampshire’s legal system, current advocates for gender equality stand on the shoulders of those who preceded us. My predecessors going back to the 1970s set the tone that each successive director at the Public Defender expanded upon. By no means has the Public Defender been alone in promoting gender equality. Many glass ceilings were broken because someone in government or someone in an administrative position in the corporate sector advocated for the advancement of women to key positions. Someone had to nominate the first female judge. Someone had to select the first female Attorney General. Someone had to hire the first woman in a firm.

However, it is women themselves who deserve the real credit for advancing gender equality. Female pioneers in the legal field had to have not only the skill, but also the necessary strength of character to be the first, knowing that their performance would be subject to greater scrutiny because of their gender. Successive generations of women have been their own best advocates in advancing gender equality by virtue of past accomplishments and on-going achievements.

What changes have you seen in the area of gender equality since receiving this award?

Fortunately, gender discrimination is increasingly viewed as being extraordinarily retrograde and anachronistic. At the same time, not all issues involving gender discrimination have been resolved. Disparate treatment of women continues to exist in the form of condescension, lack of respect, and the inappropriate use of terms of endearment. And, of course, studies reveal that women lawyers statistically earn less than their male peers. Though not at NHPD, I might add.

A relatively recent change in the area of gender equality is the expansion of the meaning of gender itself beyond the binary definition, and the quest by gender non-conforming people for fair treatment and equal opportunity.

Is there an area that stands out to you where there can be further change? If so, what can be done to bring about that change?

I recently read an interesting statistic that speaks to that question. The male justices on the United States Supreme Court interrupt the female justices three times as often as they interrupt each other during oral argument. Last year, two-thirds of all interruptions on the Court were directed at women justices.

Maybe that’s not particularly surprising given the current composition of the court, but I believe it illustrates a point beyond civility or politeness. It isn’t enough to have women working throughout the legal system, be it on the bench or in management or on staff. Women’s perspectives, their opinions, and their voices must be heard and valued, rather than spoken over or dismissed.

Randy concluded, “It has been my good fortune at every stage of my career to have worked with many extraordinarily talented women, each of whom enhanced my professional and personal development. For that, I am deeply grateful.”

Thank you to Randy Hawkes for sharing his thoughts, and to the New Hampshire Public Defender Program for continuing to set an excellent example of promoting gender equality in New Hampshire’s legal profession.  Stay tuned for more interviews of the Philip S. Hollman Award Recipients.

Attorney Lyndsay Robinson is an associate attorney at Bernazzani Law. Her practice consists of general civil litigation with a focus on family law, estate planning, probate administration, business law, immigration, and other similar fields. Lyndsay is committed to serving families in New Hampshire with compassion. Ms. Robinson is the current chair of the NHBA’s Gender Equality Committee.