Not My First Rodeo 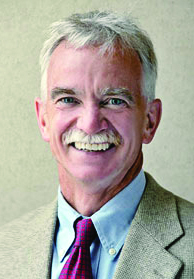 Full-time mediators hear a lot of clichéd statements one side or the other uses to describe what they see as the opposing party’s foolish, ill-informed, insulting or moronic positions.  Mediating 150 or so cases a year can make one wonder if lawyers, parties and insurance adjusters have been given a playbook of clichés to use when they are miffed at the opposing side. In the movie Bull Durham, crafty veteran catcher Crash Davis (Kevin Costner) tutors up-and-coming pitcher Nuke LaLoosh (Tim Robbins) on the clichés he will need to survive in the big leagues.

Picture a CLE in which Crash is teaching a room full of Nukes how to show indignation, real or feigned, about the other side’s position during a mediation.

Some of these go-to phrases are plaintiff or defense specific, some tend to be used evenly, some more by one side or the other, and a few special nuggets are the exclusive province of insurance adjusters and risk managers.  Here are some favorites:

1)            They are going to have to get serious or this is going to be a short day. An equal opportunity statement. Often uttered after three rounds of micro movement by both sides. This one is never preceded by any suggestion that the other side isn’t serious.

2)            They are not here in good faith. Almost exclusively an arrow in the quiver of plaintiff’s counsel. Commonly used when low or no offer positions are taken in cases with weak liability and thin damages. Always said with complete disregard of the dearth of bad faith law in New Hampshire.

6)            They need to make the first big move.  See item 1. Followed by probing discussions of what constitutes “big.” Always in the eye of the beholder.

10) Has this man/woman ever tried a case?      Another phrase that rolls off the tongue of just insurance adjusters. Occasionally with zero sense of irony by one of the aforementioned rodeo devotees.

This non-exhaustive list speaks volumes about the difficulty really smart people can have seeing an opponent’s perspective during a negotiation. Why do seasoned defense lawyers and adjusters feel compelled to announce that they will not pay the opening demand when everyone (including the plaintiff if counsel has done his or her job well) already knows they won’t? Why does the experienced plaintiff’s lawyer huff and puff about the opening offer of $5,000 on a $20,000 to $25,000 case where he or she has demanded $125,000?

There are no easy answers to these riddles. A degree of posturing in the early stages of a mediation seems to be an expected part of “the game.”  Unfortunately, too many participants are not as capable of seeing this as a two-way street as one might hope. Stock knee-jerk reactions to the perceived (real or feigned) ill-founded position of an opposing party can cause clients to dig in and either slow the process down, or worse, create true impasse.

Probing questions asking an opposing party how or why they think their position can be justified can be very productive. An adjuster asking a mediator to probe plaintiff’s counsel as to how she can justify her $300,000 demand is more productive than calling her delusional. Plaintiff’s counsel might occasionally want to ask a question like, “If they think $75,000 is crazy high, where would they suggest I should have started and what might they offer above $2,000 if that were my demand?”

After all, we are all serious about getting cases settled, regardless of who makes the first big move and even if we are in our first rodeo and their guy is a dirtball, liar or creep.

Dennis Ducharme has been a New Hampshire trial lawyer since 1985.  He has been mediating cases since the inception of the New Hampshire Superior Court ADR program in the early 1990’s.  His current practice consists of ADR, civil litigation and litigation consulting.  He can be reached at dennis@ducharmeresolutions.com