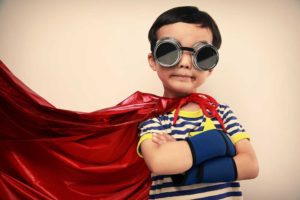 You may have used the word “persona” used the typical way: as a sort-of synonym for “alter ego”. You might have also seen the word used in the phrase” public persona”, when someone is trying to distinguish a person’s outer role from their inner self. But did you know that personae can also be used in marketing?

The Marcomm Department is in the middle of a pilot project to determine whether personae can be an effective tool through which to promote our offerings to our membership. But before I talk too much more about that project (and how we hope to offer it as a helpful tool to other departments if it works out for us), a brief background on the use of personae may be helpful.

Alan Cooper is a software designer and programmer who is widely recognized in certain techie circles as the “Father of Visual Basic”. While working with teams to create computer programs, he noticed that some developers would cobble together products as if they themselves were the end user.  And because most end users are not programmers, this understandably caused problems with the ease with which people interacted with the resultant software. To help programmers better understand and empathize with the habits and needs of end users, he brought forth the then-novel idea that software be designed and written for archetypal users known as “personae” (rather than just ”the end user”). Tech marketers, salespeople, and advertisers quickly saw the value of personae for their parts of the product cycle. After that, other industries adopted similar practices. Because done properly, personae can be very effective.

As used for NHBA purposes, personae are more than “pretend attorneys”: they help us here in Marcomm better understand the goals, motivations, constraints, and pain points of our members. Because our events, CLES and other member services/programs are typically intended for use by more than one category of member — each with potentially different preferences and expectations — personae are created for each category we deem important to serve well. We see them as an answer to the observation that trying to please everybody ends up pleasing nobody. (And that trying to please just “members” in general fails for exactly the same reason.)

So far, Kailah, Misty, and Nancy have developed nine personae so far , with more likely to follow as the pilot project continues. Meet three of them right now (the following are summaries of the far more detailed writeups):

In a follow-up article, I’ll discuss how Team Marcomm has incorporated the use of personae for some recent projects, including ads, brochures, social media, planning, and more. I’ll also introduce you to three more personae. Have ideas on how your department can incorporate personae into the work you do? Drop me an e-mail or swing by my office.