HomePetition of New Hampshire Division for...

Petition of New Hampshire Division for Children, Youth and Families 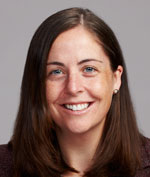 The New Hampshire Division of Children, Youth and Families (DCYF) filed a petition for original jurisdiction pursuant to Supreme Court Rule 11 to determine whether the trial court erred in denying motions to dismiss the claims filed by respondent on the basis of statute of limitations grounds.  The respondent filed negligence, breach of fiduciary duty, and vicarious liability claims in November and December of 2018 against DCYF arising out of sexual assaults that occurred in February 2011, and June 2015 when the respondent was a minor and in DCYF custody.  DCYF filed Motions to Dismiss on the basis that the claims were time barred by the 3-year statute of limitations set forth in RSA 541-B:14, IV.  The respondent made several arguments in her objection, including that her claims were timely because she could not have discovered DCYF’s potential legal fault until December 19, 2016, when an independent audit of DCYF detailing DCYF’s child welfare and safety deficiencies was released to the public. The trial court denied the motions to dismiss the claims as time-barred concluding that the legislature intended that RSA 541-B:14, IV’s time limitation to be subject to the discovery rule.  The trial court also discussed that because sexual abuse is most attributable to the actual abuser rather than to a negligent 3rd party, it should not have been expected that the respondent would investigate DCYF’s potential fault at the time they accrued when she did not learn of DCYF’s deficiencies and potential fault until the audit report became public.  DCYF argued that RSA 508:4, I does not apply to the respondent’s claims because RSA 541-B:14, IV is unambiguous and does not contain a discovery rule.  The Court concluded that the discovery rule of RSA 508:4, I applies to actions filed pursuant to RSA 541-B even though it agreed that RSA 541-B:14, IV is unambiguous.  The Court held that both statutes involved a three-year statute of limitations and RSA 541-B:14, IV does not include a specific discovery rule and therefore, RSA 508:1 does not preclude the discovery rule from applying to claims brought under RSA 541-B:14, IV.