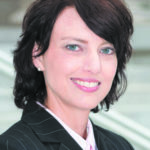 Defendant appealed an order of the Superior Court ruling that Defendant’s sentence of 45 years to life does not constitute the de facto equivalent of lifetime imprisonment in violation of the Eighth Amendment to the United States Constitution.

Alternatively, he argued that if the Supreme Court found that lifetime imprisonment is tied to an actuarily-projected death, then life expectancy should be based on life expectancy of long-term prisoners, not the general public.

Finally, defendant argued that the trial court erred in imposing a sentence of 45 years to life because it offers “the hope of release only a few years before his actuarily-projected death.” The Supreme Court disagreed and held that the trial court did not err as, based on the actuarily-projected death, from the date defendant would be eligible for parole he would have at least an additional 20 years to live.