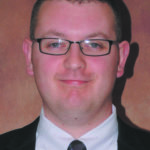 Defendant George J. Colbath had initiated sexual conduct with his stepdaughter since she was in the eighth grade. Defendant was convicted of 17 charges of aggravated felonious sexual assault following a six-day jury trial.

On appeal, defendant argued that the trial court erred in allowing the two witnesses to testify about statements he allegedly made about victim’s appearance. The defendant argued that this evidence was not relevant to show intent and rather introduced prejudice. The court found that the trial court did not err in admitting this testimony as it was used with limiting instructions to prove the defendant’s mental state and intent to commit the crimes.

The defendant also argued that the Court erred in admitting evidence of certain uncharged conduct pursuant to New Hampshire Rule of Evidence 404(b). The Court found that the evidence of the incidents was legally admissible. Under New Hampshire Rule of Evidence 404(b), evidence of other bad acts may only be admitted if the evidence can be proven to be relevant for use other than judgment of character, can be proven to be true, and can be proven to have value that surpasses the danger of presenting prejudice against the defendant. The other bad acts admitted satisfied Rule 404(b) and were relevant in demonstrating intent for the crime at trial. The convictions were affirmed.