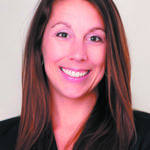 At trial, the parties did not dispute the fact that the defendant’s operating privileges were in good standing on the date of the motor vehicle stop; that his own registration was suspended; and, that he was driving his son’s vehicle that was properly registered. The only dispute was whether the defendant’s act of driving a vehicle lawfully registered to another person while his registration was suspended constituted a violation of RSA 261:178.

The focus of the dispute was on the last clause of RSA 261:178 which states: “any person who shall drive or permit to be driven a vehicle owned or controlled by him upon any way after his registration has been suspended or revoked shall be guilty of a misdemeanor.” The State interpreted the statute to prohibit any person with a suspended registration from driving any vehicle, regardless of whether the vehicle was registered to another person. The State argued that the word ‘controlled’ — as it appears in the statute — is synonymous with ‘driven.’ The defendant argued that the word ‘controlled’ does not mean ‘driven;’ rather it addresses circumstances where a person treats a vehicle as his own but does not legally own it. As such, the State failed to prove that the defendant owned or controlled the vehicle he was driving when he was stopped.

On appeal, the Supreme Court reversed this decision by the trial court and found that the court erred in interpreting RSA 261:178 and the suspension of the defendant’s registration as barring the defendant’s operating privileges. Instead of focusing on the last clause of the statute, as the trial court did, the Court reviewed the statute in its entirety and concluded that the State’s argument would ultimately prohibit an individual from driving a properly registered and insured vehicle, regardless of whether the vehicle was owned by that person. The Court provided examples to illustrate this conclusion. One such example was that of a person with a suspended registration who drove a vehicle owned and properly registered and insured by that person’s employer. The Court concluded this simply was not logical or just.