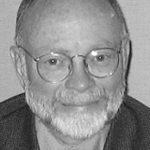 The Court made short work of the plain- tiff’s arguments. Cases cited for the proposition that a general contractor must provide a safe work area and will be held responsible for risks caused by the general contractor were distinguishable on their facts. And cases holding insurers liable when insuring inherently dangerous work were inapplicable, the Court found, because the danger was not working on a roof in winter, the danger was wearing cotton gloves while working with a torch and a lighter.

Matthew B. Cox of Burns, Bryant, Cox, Rockefeller & Durkin of Dover on the brief and orally, for the plaintiff. Gary M. Burt and Brendan D. O’Brien on the brief, and Mr. Burt orally, of Primmer Piper Eggleston

& Cramer of Manchester, for the defendants.