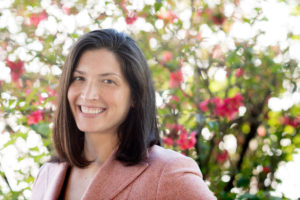 of Granite Staters and its findings reaffirm what was already known—poverty itself creates problems that require legal assistance.

The New Hampshire Access to Justice Commission was created by the NH Supreme Court with the purpose of implementing changes to improve citizens’ access to the courts. One of the commission’s duties consists of identifying and assessing current and future needs for access to justice in civil matters.

Debt collection for those with disabilities was one of the areas that emerged in the report as an area of heightened need along with housing and domestic relations.

At a virtual press conference on Jan. 28, New Hampshire Supreme Court Justice James P. Bassett thanked U.S. District Court Judge Joseph N. LaPlante and Attorney Mark Rouvalis for their leadership on the commission report as well as Executive Director of New Hampshire Legal Assistance, Sarah Matson Dustin, “for seizing the initiative with energy and for guiding us through this process.”

“This initiative and this report confirm the important role the Access to Justice Commission plays as we strive towards equal justice for everyone in New Hampshire,” Basset said.

Mattson Dustin said that in some ways the report confirmed what was already known by those working in the legal aid community.

“Areas in which the civil legal aid programs already focus – such as housing and family law – remain acute needs for the communities we serve,” she said, adding that the problem of finding enough legal aid to meet New Hampshire’s needs continues to be a problem moving forward.

“There’s just not enough legal aid to go around. We need to look at new strategies, such as clinics that can leverage the efforts of volunteer attorneys and law students, and new tools, such as the online programming we’ve quickly learned to deliver during the pandemic.”

“We found that debt collection impacts people with disabilities more frequently than people without disabilities,” Mattson Dustin said.  “The civil legal aid programs do not handle a high volume of consumer debt cases currently, and the report tells us that we need to look at expanding our work in that area. We also need to take a look at how we coordinate outreach across the whole legal aid network, including NHLA, LARC, Pro Bono, and DRC. We all share a goal of making the legal aid system easier to understand and access, and the report’s findings support making that goal a high priority.”

The study demonstrates that while economic insecurity, health and aging, are not civil legal problems on their own, they are interconnected with various civil legal problems. According to the report respondents identified problems with health/aging as causing the most harm in their lives and came in second only to the COVID-19 pandemic.

One of the individuals featured in the report who was able to take advantage of legal aid was Diane.

According to the report, Diane, 73, said she prided herself on paying her bills on time, and that losing her nursing job during the Great Recession didn’t change that. While looking for new work, Diane used her retirement savings to pay for rent, utilities, and groceries then turned to her credit card when the retirement money was gone. When she couldn’t find another nursing job, Diane took a part-time, minimum wage job through the Senior Community Service Employment Program but eventually credit card debt forced her to contact legal aid for help.

“I had no money and no family to help me,” Diane said. “I was sinking deeper and deeper and couldn’t see my way out. The frustrating part of it was that I was dutifully looking for work and coming up against a wall.”

Pro Bono paired Diane with a volunteer attorney who recommended she file bankruptcy. Diane initially resisted but is glad she took the advice.

“I was embarrassed,” Diane said. “But my lawyer told me I did not have to feel ashamed or embarrassed and helped me understand that bankruptcy was there for people like me who are in a pickle and need a new start. It is such a huge relief not to have that debt anymore.”

One of the conclusions of the study that Mattson Dustin said, “came through loud and clear,” is the shortage of low cost and no cost legal help in New Hampshire and around the country.

“LARC and Pro Bono plan to merge this year, and the merged program will collaborate even more closely with NHLA and DRC,” she said.  “All of the legal aid programs need more funding to meet the demand for our services, but working together we can increase our collective impact.”