The Complexities of DV Cases and Criminal Defense 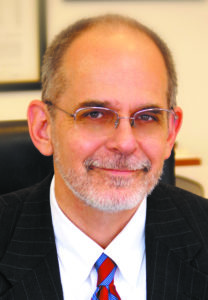 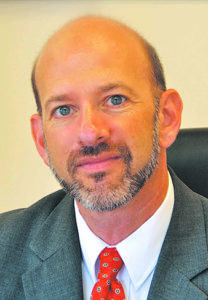 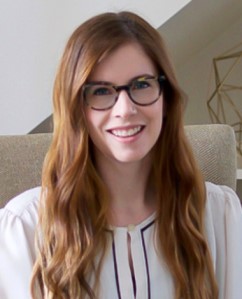 Domestic violence cases, ranging from misdemeanor and felony criminal charges to civil DV protection orders and civil stalking orders, account for a large share of our caseload. Why? Because domestic violence transcends all social and cultural barriers, all income levels, and all identifiable groups in American society.

Before diving into the complexities surrounding domestic violence cases, we must first acknowledge the recent tragic outcome following the denial of a domestic violence protective order (DVPO) by a circuit court judge. The judge made what she reasonably believed was the right decision under the applicable law. Yet, just weeks after the final hearing, the complainant suffered a near-fatal gunshot wound in a murder-suicide attempt by the defendant. The case has affected the entire criminal justice community and sparked review by a special Committee.

As the Committee’s report reminds us, it is critical to recognize that domestic violence is a destructive scourge of our society. Most reports of domestic violence are demonstrably true beyond a reasonable doubt, making the goal in most cases a fair plea bargain and a fair sentence. However, in our experience, there are also a surprising number of false reports, and many more reports that exaggerate the accused’s role and minimize the complainant’s role in the conflict. Those cases should be dismissed or go to trial so the defendant can be acquitted or convicted of lesser charges. This article is about how the lawyers in our firm defend those cases.

Kaylee, what have you found different about the intake process in these cases as compared to other cases you have handled?

While many criminal cases come in gradually, during an unfolding investigation, domestic violence cases typically come in days or even hours after a traumatic event. NH law provides police with the authority to make a warrantless arrest within 12 hours if there is probable cause to believe that the individual has committed domestic violence. It is not uncommon for officers to make an arrest despite the complainant recanting their statement and/or asking the police to not arrest the other party. Shortly after arrest, the accused may be released with a criminal bail protective order (CBPO) in place, prohibiting contact between the parties. At the outset, CBPOs rarely include any exceptions, even for contact relating to an emergency involving the children or the need to pay a bill to keep the lights on.

This creates tremendous turmoil for the accused, and sometimes even more so for the complainant and/or minor children. It is hard enough to balance jobs and children in a relationship with no major issues. However, when one party is removed from the home, there are serious consequences as far as household income, child custody, and other issues of mutual support. Teenage and adult children take different sides, inflicting further trauma.

Often the CBPO displaces one party who has no friends or family to stay with. The accused cannot retrieve essential items from the home needed for daily life and work requirements without a civil standby, which have often been difficult to schedule during the pandemic. If the accused party’s employment requires security clearance or a background check, they may lose their job due to the protective order and pending charges. The accused will have to relinquish any firearms, a major concern for gun owners. With all these issues, the intake process involves quick prioritization and the prompt filing of motions to establish exceptions to the no-contact order so that the accused and complainant can discuss financial and childcare issues, and so that counsel can contact the complainant (although many lawyers assume it does, the RSA 173-B exception for counsel contact in a civil DV hearing does not expressly extend to counsel in a criminal or marital case).

When I plan a defense, I take into account that the defense investigation will likely be much more difficult and time-intensive than other types of criminal cases. Of course, there is the obvious: Get a detailed account of events, counsel the client not to alter or delete messaging or other evidence, take photographs of injuries on successive days to show the progression of injuries, interview witnesses.

But beyond this, in most of these cases, it is the relationship that will end up being on trial. Who was the initial aggressor, and what was it all about? Who was abusing alcohol or drugs? Who suffers from emotional or mental illness that makes their perceptions, recollections, and ability to narrate events unreliable? Who has a motive to make a false claim in order to gain an advantage in some other context?

Usually, the most important information informing all these questions is found in the complainant’s and the accused’s phones, messaging apps, photo libraries which are dispersed across multiple apps, and social media postings. Cooperative third parties can be a gold mine. We have seen cases won when a complainant makes a claim along the lines that an assault produced a black eye on July 4th, but a third party provides us with pictures taken at the BBQ or fireworks display that show no sign of injury.

Since many couples and their network of friends exchange hundreds of messages and photos a week, this is a painstaking effort. It is also, to say the least, awkward at times given the nature of the content. But it’s an essential part of case development. If complainant says that an assault happened on Tuesday night, and client’s phone shows that complainant sent an inviting “sexting” photo/message on Wednesday morning, this evidence may sway a jury to acquit.

Richard, what are some of the challenges in representing domestic violence victims charged with crimes?

A sad reality is that many of those accused of domestic violence or other crimes have themselves been victims. Sometimes they were victims as adults. Sometimes they were victims as children. Sometimes they witnessed violence against another person, usually a parent or sibling. Of course, I’m no scientist or social psychologist, but I don’t think you have to be either of those to see that exposing a person to violence, either as a witness or a victim, increases the risk that the person will suffer from long-term effects, including that the person is more likely to engage in that conduct themselves.

In these situations where my client, a criminal defendant, is also a victim, I have at least two goals. First, I want to make sure that the prosecutor and court see my client as more than “the defendant.” I want to provide information that humanizes my client. I want the prosecutor to see that my client did not just wake up and decide to assault another person. They very often experienced being on the receiving end long before they committed the crime that brought them to court. And they often experienced other compounding issues as well, such as poverty, mental health problems, or substance abuse.

Second, I hope for the prosecutor and court to see that, whatever retribution and punishment are due, the real solution to preventing further crimes will be helping my client overcome what led them to resort to violence. I want the court to see that we will not achieve that goal if the person gets such a harsh punishment that their life is wrecked and they have even more burdens which they cannot reasonably be expected to carry. Coming up with a plan is not easy because it must protect the victim and the community while still allowing my client to address their issues.

Kaylee, how do you adapt your approach to client counseling to fit the needs of domestic violence related clients?

Domestic violence cases require a unique and delicate counseling relationship with clients. Many clients are facing divorce, the demise of their family,  and the feeling of betrayal. They are watching the life they’ve built crumble. Counseling a client facing domestic violence charges requires a listening ear and bravery in the face of adversity, even when the odds seem stacked against you.

A CBPO or DVPO may also strain parenting relationships. The court can deny the accused’s visitation with their children and award sole custody of children to the complainant as part of the orders. In addition, many domestic violence clients are facing financial hardships due to the cost of representation, support orders, and alternative housing.

We must also be careful to adjust our advice to clients as personal technology evolves. With the presence of social media, cell phones, financial apps, etc., there is a real risk of accidental direct or indirect contact in violation of the protective order. An accidental “like” of a photo or friend request on social media, a missed click leading to text the wrong person, or a simple “butt-dial” could result in further charges against a client. These are things that most of us have, admittedly, done by accident. While we’ve only suffered embarrassment, can you imagine if you were criminally charged for that conduct?

Ted, what are the available defenses in these cases?

The most common defenses are: The physical contact was legally justified – by self-defense, defense of property (restraining partner from throwing another heavy object at the wall), or defense of others (protecting another person in the household). The physical contact was not unprivileged (e.g., restraining someone, with minimal force, who is engaged in self-harm). It was a fight entered into by “mutual consent.” The accusation is simply false. What we see most of the time, is an amalgam of these. As Tolstoy wrote, “all happy families are alike, but every unhappy family is unhappy in its own way.” The ways in which people in relationships can torment each other are endless.

There are important notice requirements regarding defenses, but, beyond those formalities, we also have important tactical considerations. Sometimes, we want to minimize specificity, especially if most of the facts come from the client, who will have to offer them on the witness stand. Other times, we want to put our whole case on the table, in order to jump start negotiations and make clear to the prosecutor that it’s a triable case, not the slam-dunk that is described in discovery.

As discussed in the recent Committee Report, judges sometimes dismiss civil DV petitions after hearing, just as, in our experience, juries sometimes acquit in cases where the prosecution never considers a negotiation to a deferred prosecution or a plea to a non-domestic violence offense. The consequences for a final order in a civil DV case include at least a year-long ban on possession of firearms, and practically every client tells us they live in constant fear of going to the same grocery store by happenstance and then being arrested for violating the civil order. The consequences of a domestic simple assault conviction include a lifelong ban on the exercise of a fundamental constitutional right. And, of course, the potential for incarceration, and loss of employment or an entire career, hangs in the balance.

Kaylee Doty is an attorney with Lothstein & Guerriero in Keene, NH. Attorney Doty focuses primarily on criminal defense work, the defense of civil restraining and stalking orders, and appellate litigation. She can be reached at kaylee@nhdefender.com.

Ted Lothstein is an experienced DUI defense lawyer and criminal lawyer in New Hampshire with decades of experience representing clients in trial court and on appeal. He can be reached at ted@nhdefender.com.

Richard Guerriero is a skilled and respected criminal defense attorney with over 30 years of litigation experience, in state and federal court, at all levels, from trial courts to state supreme courts, to the United States Supreme Court. He can be reached at richard@nhdefender.com.