The Law, Race, Covid, and Epidemiology 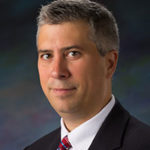 I love going to court. I love watching trials. I love watching lawyers make arguments (including the rare but entertaining dog custody disputes). I also really enjoy seeing the same faces over weeks, months, and years. Court staff and folks at the sheriff’s offices are friends. Many of them, like Pete in Hillsborough South Superior Court, have given me feedback that has made me a better lawyer. People that like going to the gym are called gym rats. If there is an equivalent of that for court, I am one of them. Heck, I even like checking out other states’ courts when I am on vacation. Losing in-person hearings due to Covid-19 has been really sad. Seeing court staff there, masked and still busily working, is even sadder.

But Covid-19 brought another issue to light in a strange way for me. The magnitude of the systemic problems the justice system faces was made clear when researching Covid’s spread inside corrections facilities for Petitions for Compassionate Release in federal court. Many of the outbreaks have been huge, blooming clouds of death hanging over our jails and prisons. These blooming clouds of death have been studied by scientists, including epidemiologists. Epidemiologists, by their nature, deal with huge data sets. In talking to one while researching experts for a case, he told me: “a phenomenon is the proper object of study for an epidemiologist when it is so widespread that even non-epidemiologists know about it.” Suffice to say, Covid fits that definition.

The epidemiologists studying Covid have noted the limitations the data place on their conclusions. Its part of their job. For example, they would note that conclusions from Covid studies on corrections populations should not be applied to the general population because the corrections population is younger. Then, in one study (“Epidemiology of Covid-19 Among Incarcerated Individuals and Staff in Massachusetts Jails and Prisons,” JAMA Research Letters, August 21, 2020), I saw a caveat that just stunned me—“Owing to structural racism and the criminalization of poverty, Covid-19 racial/ethnic inequities may be exacerbated among incarcerated individuals.”

Seeing this claim about pervasive discrimination in the justice system in a peer-reviewed scientific paper in a well-regarding journal, not as the point of debate, but as an a priori condition, was shocking. As someone that has dealt with the system’s problems firsthand through many thousands of cases, I can attest to there being persistent issues with race and class, but seeing it in that light, as an uncontested epidemiological phenomenon, did for me what Hume did for Kant—it shook me from my dogmatic slumber.

I love our court system. But the court system in America, and New Hampshire, is rife with systemic injustice that targets minorities and the poor. Here are but a few examples. The police are allowed to lie to people, even people with intellectual disabilities and mental illness, to trick them into making statements. Police can stop people and invade their privacy even if they are motivated by race so long as there is some minimal, but pretexutal, justification. The police have a powerful immunity from civil suits, not found in statutues nor the Constitution, while doctors, members of the military, and other people with jobs that are similarly risky do not. We treat proven mental illness (addiction) as a crime. We scoff at the idea of debtor’s prisons, but cash bail is the same system with a different name. Selling huge amounts of fentanyl and other powerful drugs is fine so long as you are a pharmaceutical company. Nearly all corporations receive laughable “punishments” in criminal cases. The justice system is not a level playing field. It has concretized injustice over the years.

As dockets restart when vaccines become available, we have a chance to restart the justice system. We should do everything we can to reorient it in the right direction. New Hampshire took a step towards racial justice when it eliminated the death penalty, but we have much more work to do as we follow the arc of the moral universe. As 2021 starts and we plan to return to full dockets across the State in the coming year, we have an opportunity to change.

We should embrace that opportunity.