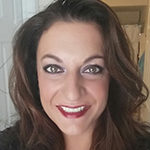 In 2016, the plaintiff Hospital filed a Board of Tax and Land Appeal (BTLA) Form A-9 with the defendant Town more than one month after its annual due date of April 15. The Town Board of Selectmen voted to deny the Hospital’s application as untimely and because the level of charity care provided by the Hospital is small and it is a fee for service operation. The Hospital appealed the Town’s decision to the trial court. The Town moved for summary judgment arguing that it is undisputed that the Hospital’s application was not timely filed, and that the Hospital did not provide any evidence of accident, mistake or misfortune which would have invoked the only statutory exception for a late filing. Additionally, while the summary judgment motion was pending, the Hospital moved to amend its complaint to add a claim against the Town for a violation of the equal protection clause based on the Town’s administrative policy of notifying particular entities (not including the Hospital) of upcoming filing deadlines for tax exemptions. The trial court granted summary judgment to the Town and denied the Hospital’s motion to amend its complaint.

The Court went on to find that the Hospital’s claim that the Town’s administrative policy unlawfully treats entities within its jurisdiction unequally is separate from the Hospital’s claim that it was wrongfully denied a tax exemption. The Court upheld that liberal amendment of pleadings is permitted except where the changes would surprise the opposing party, introduce an entirely new cause of action or call for substantially different evidence. Accordingly, the Court affirmed the trial court’s ruling that the proposed amendment to the complaint sought to include a brand new cause of action and the motion to amend was properly denied.