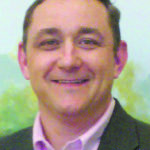 Defendant was tried on two counts of first degree assault against a minor victim, for whom she was hired to provide child care services. There were no witnesses to the alleged assault(s) to provide any direct evidence of any violence by defendant against the victim. The State’s case was supported entirely by circumstantial evidence:  timing of injuries in relation to time of defendant’s care of the victim; victim’s observed fear of the defendant; defendant’s implausible alternative explanations for the injuries sustained. The basis for the two counts of assault were two categories of injuries to the victim—bleeding in the victim’s brain and retinal hemorrhaging/detachment—which the State attributed to at least two separate blows by defendant.

Following her conviction and sentencing on both counts, defendant appealed arguing that the circumstantial nature of the evidence required the State to prove two separate acts of violence, not merely two separate injuries, in order to prevail on the two separate counts of assault.

The Court agreed, reiterating the standard that circumstantial evidence “must exclude all reasonable conclusions except guilt” in order to be sufficient to sustain a conviction.  See State v. Woodbury, 172 N.H. 358, 363 (2019).  Although the State’s experts testified that the injuries “could” have been the result of two separate incidents, they could not rule out the possibility that the injuries occurred from the same blow.  Additionally, the State’s evidence that the victim was afraid of defendant—as a victim of repeated assault might be—did not rule out the possibility that the victim was afraid as a result of a single incident.