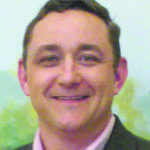 Scott C. Owens is an
associate in the litigation department at Marcus, Errico, Emmer & Brooks, P.C., with
offices in Merrimack, NH and Braintree, MA.

The victim was a 76-year old widow, suffering from depression following the death of her husband in 2012.  As a result of her depression, the victim would not use the toilet (relieving herself wherever she happened to be sitting or standing), she did not shower or bathe, and did not maintain her home.  The victim also did not attend to her medical needs and was “morbidly obese.”  In September 2014, the defendant — the victim’s daughter — moved into the home to “take care of her.”

When emergency responders arrived, the victim was covered in urine and feces, was disoriented, with low blood pressure and body temperature.  They transported the victim to the emergency room where it was discovered that the victim had an ulcer on her left inner thigh and black, rotting flesh evidencing a severe soft tissue infection, most likely caused by victim’s lying on the hard surface of the floor and exposed to her own waste.  Due to the victim’s health, treatment options were limited, and the victim died from sepsis a few weeks later.

In reviewing the sufficiency of the evidence, the Court “objectively review[ed] the record to determine whether any rational trier of fact could have found the essential elements of the crime beyond a reasonable doubt.  State v. Francis, 167 N.H. 598, 603-04 (2015).

With regard to criminal neglect of an elderly adult, the Court determined that there was adequate evidence of both caregiver status (defendant bought groceries, prepared meals and fed the victim, in addition to undertaking to attempt to lift the victim after her fall) and neglect:  “[t]he evidence presented was sufficient [for] a reasonable jury to conclude that by waiting five days before calling for assistance, the defendant failed to provide the care she agreed to provide.”

Additionally, as to causation, the Court determined that there was adequate evidence to conclude that leaving the victim on the floor for five days was the proximate cause of the infection that ultimately killed her.  The jury did not have to credit defendant’s claim that victim would have refused help earlier because evidence was presented that the victim attempted to lift herself, but could not, and victim did not refuse treatment when the emergency responders arrived.  Moreover, even if the victim had refused treatment, the firefighters would have assisted over her objection, not allowing the victim to remain on the floor in a pool of her own waste.

Furthermore, the Court determined that there was adequate evidence of recklessness given that defendant knew the victim had a tendency to relieve herself in place, knew the victim had fallen to the floor and could not get up, and searched the internet for symptoms of strokes and other ailments relating to the victim’s fall.  Evidence had also been presented to show that the defendant told the victim on multiple occasions that she could not wait for her to die so she could inherit the victim’s money.  Even though the defendant did not know specifically about the “necrotizing faciitis” that resulted in the sepsis, evidence was sufficient for the defendant to know that something was wrong and assistance was needed prior to the fifth day after the victim’s fall.

With regard to negligent homicide, the Court determined that there was adequate evidence that a reasonable person would have been aware of a substantial and unjustifiable risk of death or serious bodily injury resulting from leaving a morbidly obese victim on the floor in a pool of her own waste for five days after a fall.  Defendant should have been aware of the dangers of hypothermia and infection and, at least by the fourth day when she researched online, of potential stoke and other ailments.

With regard to failure to report, the Court determined that there was adequate evidence that defendant knowingly failed to report that the victim was “incapacitated” in that she was unable to manage her affairs (feeding, hygiene, housecleaning) on her own.  Defendant knew of the conditions and purported moved into the house to assist.  Moreover, defendant knew after the victim fell that neither the victim, nor the defendant, was able to lift her off the floor, where the victim was allowed to urinate and defecate on herself.  No call was made to any social services worker.

In determining whether a trial court instruction to the jury is subject to plain error, the Court must determine: (1) that there was an error; (2) that the error was plain; (3) that the error affected a substantial right; and (4) that the error seriously affected the fairness, integrity, or public reputation of judicial proceedings.  Here the Court assumed, without deciding, that the first three prongs of the test had been met, but nevertheless held that the trial court’s erroneous jury instruction did not seriously affect the fairness, integrity or public reputation of the proceedings.

Even assuming that the State was required to prove beyond a reasonable doubt either (a) that the defendant was able to provide care to the victim (but failed to do so) or (b) that she was unable to do so and that the inability was defendant’s own fault, the Court found that there was absolutely no evidence presented to show that defendant was unable to call for help prior to the fifth day.  Rather, the evidence overwhelmingly showed that the defendant could have called for help sooner, but chose not to.