HomeBOOK REVIEW “The Whiteness of Wealth...

BOOK REVIEW “The Whiteness of Wealth: How the Tax System Impoverishes Black Americans – and How We Can Fix It” 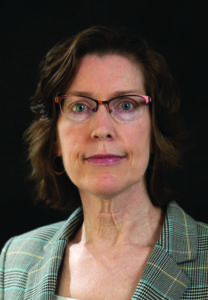 By Dorothy A. Brown

“I became a tax lawyer to get away from race,” begins Attorney Dorothy A. Brown in her new book, “The Whiteness of Wealth: How the Tax System Impoverishes Black Americans – and How We Can Fix It.” The opening line disarmingly serves to draw in the skeptical reader and provides the roadmap for the rest of this readable and persuasive work of scholarship. Brown had decided to pursue tax law because of its presumed racial neutrality: “I learned early on that people might look at me and see black, but as far as tax law was concerned, the only color that mattered was green.”

The kernel for Brown’s book was a mystery about her parents’ tax returns. Why did she, a single person, pay less in federal tax than her parents did? Together, her parents earned about the same as she did alone. This mystery gnawed at her until 1991, when she read a law review article on black legal scholarship by one of her mentors, Duke Law Professor Jerome Culp. In the article, Culp raised the idea that racism had distorted our tax laws, and for the author, “pieces of the puzzle started to fall in place.” She called him and promised to “figure out whether our tax laws had a disparate impact based on race.” Thirty years of research later, she has kept that promise.

Brown’s first chapter, “Married While Black,” delves into the initial question that had plagued her. She discovered there was nothing akin to a joint U.S. tax return until 1927, when a wealthy, single-earner white couple concocted a scheme to avoid paying their regular tax bill. Rather than file one tax return for the breadwinner-husband and none for the wife, as the law then required, each spouse filed a return, splitting the husband’s income and the married person’s exemption between the two.

As Brown writes, the couple “might have been charged with tax fraud, but their ‘ingenuity’ was rewarded.” After an audit, they paid the tax assessed – and then paid a distinguished law firm to represent them in a federal district court refund suit. Many billable hours later, the case went to the Supreme Court, where the couple won based on their residency in a community property state. The consequence of this was a tidal wave of states eager to join the community property club. But this was considered such a “distinct advantage for women” that Congress stepped in and created the joint tax return as an option for married couples.

How could this new, facially race-neutral law disadvantage black Americans? The answer lies in its impact, which itself derives from the consequences of racism. Many white couples over the past century have been able to survive comfortably on one income, whereas wage discrimination has made this a much scarcer reality for black couples. The consequence is more tax paid by the average black couple, plus higher childcare costs and other expenses accrued when both spouses are working full time.

Brown provides numerous examples of this phenomenon in other contexts, from housing to employment to generational wealth transfer. In each case, the tax law is facially race-neutral, but the impact is not, thanks in large part to the consequences of racism. Throughout, Brown carefully lays out the math behind the conclusions, and she personalizes each point, describing black families impacted by our current system.

The running theme is the racially-disparate impact of our current tax laws. Impact alone, of course, isn’t enough to render a law unconstitutionally discriminatory, and Brown does not see a conscious, anti-black intent behind these laws. For this reason, Brown’s proposed remedies require Congressional action. Her ideas run from what is standard procedure in many other industrialized nations (no joint tax return, no deductions or exemptions) to innovative (a wealth-based refundable tax credit).

Brown’s book is a thought-provoking and fascinating trip through the history, mechanics, and racial consequences of American tax policy.

Barbara Heggie is a staff attorney at 603 Legal Aid, where she is the coordinator of the Low-Income Taxpayer Project.