HomeTyler Ray Is Branching Out

Tyler Ray Is Branching Out

After 15 years of practicing business law, Tyler Ray has come up with a strategy to combine his professional and personal aspirations — and help struggling rural communities in New 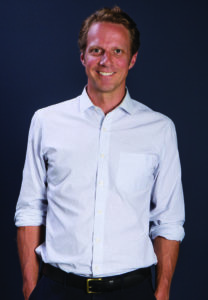 Hampshire’s North Country in the process.

The Conway-based attorney has launched a new business, Backyard Concept LLC, with a goal of providing legal, consulting and advocacy services to bolster the outdoor recreation sector of the state’s economy.

“I like to think I’m a pioneer in outdoor recreation law,” he says.

A skier since the age of 2, Ray has always been drawn to the outdoors, and often journeyed to the mountains of northern New England on weekends to clear his head while he was a younger lawyer working at a private practice in Rhode Island.

He felt an affinity not only with the mountains but the communities within them, as they reminded him of Bridgton, Maine, where he grew up.

“To me, that’s really my norm, living in those small communities,” he says. “It’s what I know and appreciate best.”

He has also grown to appreciate some of the life lessons he learned during those early years in Bridgton.

When he was a Little Leaguer between the ages of 10 and 12, he recalls, he was immersed in sports.

“My grandfather, a successful businessman with a remarkable career on Wall Street and later as a lobbyist for the glass industry, convinced me that having fun with sports was great but it became even more powerful when backed by good grades,” he says. “He then provided me with a T-shirt that said on one side ‘Tyler T. Ray’ in big block letters and on the other, ‘Athlete & Scholar.’ …  It reinforced the concept of balance and that you can’t have one without the other.”

There followed jobs working for Republican Sen. Susan Collins of Maine, clerking for a Superior Court in Rhode Island and acting as in-house counsel for the Cookson Group, an international materials technology firm. Ray then went into private practice with Duffy & Sweeney in Rhode Island before joining Cooper Cargill Chant in North Conway.

“That got me back to the North Country,” he says of the latter move.

Three years ago, he started Granite Backcountry Alliance, a nonprofit with the mission of rehabilitating old backcountry ski trails, creating new ones and promoting the sport of backcountry skiing, which Ray jokingly calls “organized bushwhacking.”

Working with partners like the White Mountain National Forest, the Town of Randolph, land and conservation trusts and innumerable volunteers, the group has created seven “glade zones” — forests that are thinned enough to be navigable by skis.

“In his role with Granite Backcountry Alliance, I have found him to be professional, innovative and incredibly motivated,” Johnston says of Ray. “Tyler demonstrated a high level of organization and savvy to engage hundreds of volunteers in these projects, which helped connect them to our mission as a land management agency.”

Ray recently stepped down as president of Granite Backcountry Alliance and in July formed Backyard Concept with a goal of supporting the outdoor recreation sector through legal work ranging from business transactions to real estate development to conservation efforts.

Jason Hunter, executive director of the Gorham-based Coos Cycling Club, knows Ray from when he hired him to help form a 501(c)(3) for the club.

“His positive approach to this is what convinced my wife Kara and I to hire him to help with a real estate transaction and to set up a new business LLC called Hub North,” Hunter says. “He continues to provide support to both entities with contracts and MOUs (memoranda of understanding) and has become a good friend in the process.”

Ray acknowledges that outdoor recreation law is a nascent field that “blurs a lot of lines” compared to traditional practices. A client might be a serious mountain biker who owns a shop in the area or a nonprofit looking to conserve land or an individual needing help with easements for land access for trail development.

“The common bond is a connection to the outdoors in some fashion, being part of the outdoor ecosystem,” Ray says. “It’s a form of law that’s also supporting economic development and advocacy for outdoor recreation.”

And, he sees plenty of opportunity in the field.

Ray notes that American consumers spent $887 billion on outdoor recreation in 2018 — figures supported by the Outdoor Industry Association. In New Hampshire, they spent $8.7 billion and the industry provided 79,000 jobs. Northern New Hampshire is among the chief beneficiaries of those dollars.

“This surging economic sector is really important to rural communities, particularly in the North Country of New Hampshire,” he says. “The outdoor recreation movement is focused on building infrastructure and workforce, conservation and education, informing people about what is available and having companies lured up north because they want to run a company in an area where they want to live … It can be the basis of a sustainable economy.”

For someone who is outside “every single day,” working in the field is also personally satisfying.

“I’m having a blast,” Ray says. “I feel like I was handed a key and I opened a door and everything is aligned now. My life and work are running concurrent.”

Granite Backcountry Alliance, under new president Rick Jenkinson, has already become a client, and Ray sees both his legal and advocacy work “taking off” with the growth of what he calls “the outdoor economy.” He would like to develop a trade group of outdoor recreation businesses to both network and influence legislation and is working with a North Country group to create a lecture series on outdoor recreation awareness.

His love of the outdoors carries over into his family life, as he and his wife Anne like to take their two young sons on adventures like maple sugaring near their North Conway home. Ray says he hopes other lawyers are able to find the same work/life balance that he has.

“I finally feel like I’ve found my groove,” he says. “For those young attorneys out there, try to do what you can to stay on the path that interests you. Stick with it.”

Kathie Ragsdale is a freelance writer based in Chester and a frequent contributor to Bar News.