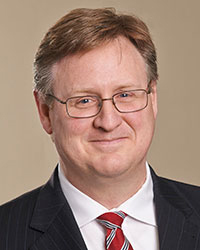 What do Thomas Edison, George Washington Carver, Paula Abdul, Albert Einstein, Abraham Lincoln, James Cameron, Heady Lamar, Michael Jackson, Steve Jobs, Jamie Lee Curtis, and Eddie Van Halen have in common?  Obviously, they are all celebrities or historical figures.  Perhaps less well-known, they are all inventors.  Finally, they are all people.  Why is this noteworthy?  All inventors are people, right?  Well, as it turns out, not necessarily.

In 1789, the United States Constitution granted Congress authority “[t]o promote the Progress of Science and useful Arts, by securing for limited Times to . . . Inventors the exclusive Right to their . . . Discoveries.”  This provision gave rise to the US patent system that has since granted inventors the right to exclude others from making, using, selling, offering to sell, or importing a patented invention for a certain period of time. The inventor’s name is required to be listed on the patent application and is also listed on the front page of any patent that may issue from the patent application.

Under U.S. law, an “inventor” is any individual (or individuals in the case of a joint invention) who conceived an invention.  Conception in this regard refers to the act of forming or devising an invention in the mind.  Traditionally at least, conceiving inventions has been understood as a process performed by humans. So, how could an inventor be anything but human?

DABUS, short for “Device for the Autonomous Bootstrapping of Unified Sentience,” is an artificial intelligence (AI) system created by Dr. Stephen Thaler.  DABUS has been described as a “creativity machine” and is essentially a series of artificial neural networks specifically trained to be creative.  Since its creation in 2018-2019, DABUS autonomously designed (conceived?) a light source for an emergency beacon, as well as a uniquely-shaped food container.

Dr. Thaler filed patent applications in several countries, including the United States, to seek protection for these inventions.  The patent applications named DABUS as the sole inventor.  In the U.S. version of the patent applications, Dr. Thaler included a “Statement of Inventorship,” which states, “DABUS was not created to solve any particular problem, nor was trained on any special data relevant to the instant invention.  The machine, rather than a person, identified the novelty and salience of the instant invention.” DABUS, Dr. Thaler urged, was the appropriate entity to be named as the sole inventor for these inventions.

The DABUS patent applications raise various questions about inventorship including, for example, what it really means to invent, whether a machine can qualify as an inventor under existing laws, and what sorts of protection are (or should be) available when a machine participates in conceiving an invention or conceives the invention on its own.

Shortly after the DABUS applications were filed, the U.S. Patent & Trademark Office (the USPTO) refused to examine the patent applications on the basis that DABUS is a machine, not a natural person, as required by applicable statues, case law, and USPTO rules and regulations.

Dr. Thaler sought redress in the United States District Court for the Eastern District of Virginia (District Court) arguing that the USPTO’s decision was arbitrary, capricious, and an abuse of discretion, was inconsistent with applicable laws, was insufficiently supported by evidence, and exceeded the USPTO’s statutory authority. Ultimately, the District Court upheld the USPTO’s decision to refuse consideration of the DABUS patent application.  First, the District Court acknowledged that, under applicable caselaw, the USPTO’s interpretation was entitled to deference because, as the governmental agency charged with administering the patent statute, the USPTO performed a careful analysis and reached a reasonable conclusion.  Second, the District Court indicated that, even if no such deference were due, the USPTO’s conclusion was correct because the plain language of the applicable statutes, and prior Federal Circuit Court of Appeals (Federal Circuit) decisions support the notion that inventors must be natural persons.

The District Court rejected Dr. Thaler’s argument that “[a]llowing patents for AI-Generated Inventions will result in more innovation” finding that “policy considerations cannot overcome a statute’s plain language.” The Court further rejected Dr. Thaler’s argument that Congress would have included AI machines in the definition of “inventors” if it had contemplated the possibility that AI machines could autonomously conceive of new inventions. The Court noted that Congress defined “inventors” as “individuals” throughout the America Invents Act, which was passed in 2011, when AI machines already were in existence.

Dr. Thaler has since appealed to the Federal Circuit, characterizing the legal issue on appeal as “whether a patent can be obtained for an invention created by artificial intelligence (AI) in the absence of a traditional human inventor.”  In his appellate brief, Dr. Thaler argues that the USPTO’s decision was entitled to no deference by the courts, that protecting AI-generated innovations is consistent with the plain language of the applicable statutes, consistent with congressional intent, and consistent with the Doctrine of Constitutional Avoidance, pursuant to which federal courts should avoid ruling on constitutional issues and resolve cases before them on other grounds, if possible. The USPTO, on the other hand, argues in their opposition brief that the District Court correctly equated “inventor” with “human being” or “natural person,” and that Dr. Thaler’s policy arguments are insufficient to overcome that determination, and that the USPTO’s decision is entitled to deference.  A decision from the Federal Circuit is expected sometime in the next few months.

This is clearly the beginning of a new and fascinating era in technological development.  Recognizing AI as an inventor for autonomously conceived inventions could open the door to recognizing other rights (and even responsibilities) arising from AI interactions. Thus, the Federal Circuit’s decision in Thaler v. Vidal could have far reaching implications for future technological advances. Regardless of the outcome, however, Congress could independently act to amend the applicable statutes to specifically include or exclude AI as an inventor.  Thus, inventors and patent attorneys alike eagerly await the Federal Circuit’s decision in Thaler v. Vidal and related action by Congress, if any.  Stay tuned.

William O’Sullivan is a member of Sheehan Phinney’s intellectual property group. His practice emphasizes patent prosecution and counseling, patent strategy and analysis, and development and management of patent portfolios. Bill has technical expertise in electrical, mechanical, optical and software technologies. He has spoken on patent law topics in a variety of academic and business settings.