HomeEnforcing War Crimes in Ukraine: The World is...

Enforcing War Crimes in Ukraine: The World is Watching 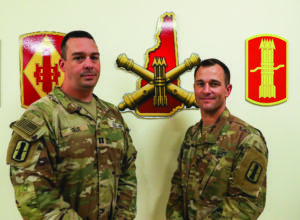 Recent events in Ukraine have generated renewed focus on the Law of War. Through the fog of battle, Nuremberg Prosecutor Telford Taylor’s admonition still holds true: those who take up arms do not cease to be moral beings. War does not grant license to kill for personal reasons but confers an obligation to not inflict suffering for its own sake. On the battlefield, rules matter. With the world watching, enforcement of the rules matters even more.

Russia’s invasion of the Ukraine in February 2022 marked Europe’s deadliest conflict in decades. Russia stands accused of repeated war crimes by Ukraine, nongovernmental agencies, the United Nations, multiple nation states, and US President Joe Biden. Since the end of May, Ukraine’s chief prosecutor, Iryna Venediktova, has reported more than 15,000 suspected war crimes, with hundreds more added daily. The Ukrainian military is also suspected of torturing and executing Russian detainees as revealed in video footage released in April 2022. But both countries are running very sophisticated propaganda campaigns, which have played a critical role in influencing media coverage, the conflict, and the alleged war crimes.

At a time when we can livestream the battlefield from our devices, the calls for justice are growing. Mass graves of bound civilians in Bucha, an attack on a theater in Maripol marked as a shelter for children, and the destruction of a railway station in Kramatorsk that caused excessive civilian casualties warrant the public’s demand for action from the International Criminal Court. However, not since the Second World War has an international court convened to address serious war crimes of this nature and scale, and we are all watching closely. Russia’s invasion of Ukraine is a critical test of the ICC’s ability to hold persecutors from a world power accountable for gross human rights violations.

The Rules of War

In the face of chaos and harsh violence, is it idealistic to expect soldiers to fight honorably and follow national and international law? This is not just a pipe dream; the law of war demands it. Treaties like the Geneva Conventions and other international laws and agreements, require forces to maintain control and avoid action influenced by hatred, bloodlust, and wanton destruction.

War causes horrible suffering. The earliest cultures practiced rules for waging warfare, but the just war tradition did not originate until the 19th century and forms the foundation for the international treatise followed today. Just warfare is comprised of two broad categories: the Hague Law, regulating the means and methods of warfare; and the Geneva Law, respecting and protecting the victims of war. The means and methods of warfare relate to military tactics, weapons and targeting guidance, protection of cultural property, and prohibitions of certain weapons. Concurrently, the Geneva Law, exemplified by the 1949 Geneva Conventions, confers certain protections on victims of war, like the wounded and sick, prisoners of war, and civilian populations. The Hague and Geneva laws culminate by their inclusion in the 1977 treaties that supplement the 1949 Geneva Conventions: Additional Protocol I (AP I) and Additional Protocol II (AP II). Both Ukraine and Russia are parties to the 1949 Geneva Conventions and AP I, along with several other regional and international treaties.

Military targeting operations are the basis for the most severe war crimes. To limit atrocities, military professionals must apply four critical principles to targeting decisions: military necessity, distinction, proportionality, and humanity. Necessity acknowledges that violence is justified to defeat the enemy, but humanity, on balance, prohibits those acts that cause unnecessary suffering, such as the use of chemical weapons. At the tactical level, distinction requires that targeting effects only be directed against military objectives. Proportionality accepts civilian harm, but not if it is excessive in relation to a direct and concrete anticipated military advantage or absent feasible precautions to protect civilians.

War crime prosecution, like any other, requires proof and persuasion. Evidence of civilian death and property destruction is not illegal, per se. Granted, a pattern of targeting civilians is powerful evidence. Decision makers may be held personally liable for illegitimate targeting decisions, but the proper application of law of war principles provides a layer of protection. Notably, review of battle judgements become increasingly complex when the enemy uses a school, orphanage, or hospital for command and control. This creates a possible dual-use object and blurs the lines of distinction. In addition, proportionality condones incidental civilian death to achieve mission accomplishment. Another accepted standard, the Rendulic Rule, which is based on prior International Military Tribunal precedent, precludes criminal liability due to a mistake of fact. In other words, a commander is only judged on the information available at the time of attack; information obtained later is irrelevant.

The International Criminal Court (ICC) bears responsibility for holding individuals accountable for serious war crimes. A legacy of the Nuremberg trials, which prosecuted key Nazi leaders in 1945, the ICC is a court of last resort investigating and prosecuting individual war criminals when states are unwilling or unable to act. This sometimes strikes close to home, with the ICC currently investigating American military actions in Afghanistan between 2003 and 2004.

Since its founding in 2002 in The Hague, the ICC has successfully prosecuted over 40 high-ranking politicians, warlords, and heads of state for genocide, war crimes, and crimes against humanity. Historically, the International Criminal Court has almost exclusively prosecuted individuals from smaller nations like Uganda, Libya, and the Democratic Republic of Congo.

The ICC now faces the challenge of prosecuting military leaders from a world power, unlikely to take any action. The ICC’s prosecutorial power over war crimes in Ukraine remains uncertain. Notably, the ICC is limited by its lack of police force and reliance on individual states to arrest and extradite suspects. Russia is not a member of the ICC, nor bound to cooperate with the court, making suspect extraditions to The Hague unlikely. Ukraine is also not a member of the ICC but has accepted the court’s jurisdiction since November 2013.

There are many legitimate critiques of the ICC. Spending over $1.2 billion over the past 12 years to convict three individuals from dozens of prosecutions, it is a slow, cumbersome, and expensive form of justice. However, the ICC remains invaluable for its ability to empower victims of war crimes, giving them a voice and venue on an international stage.

When applied as intended, the laws of war save lives, reduce suffering, and ensure dignity and respect to victims. Both civilians and combatants benefit from the promotion of peace and a hastier conclusion to hostilities. With continued global demands to prosecute serious war crimes, the ICC will be called to task and face its ultimate test. The question remains: can the ICC’s power and importance reach beyond verdicts to empower war crime victims? The outcome will set an historic precedence that will forge the future of the laws of war. The ICC is capable of rising to meet the challenge with all the international support that gross violations of human rights deserve; the world is watching closely.

Captain Ryan C. Ollis and Major Luke A. Webster are military attorneys with the New Hampshire National Guard, 197th Field Artillery Brigade. They are currently deployed in support of Operation Spartan Shield specializing in National Security Law. In their civilian practices, Major Webster practices Education Law and Captain Ollis is the Lead Assistant County Prosecutor in Rockingham County. The views expressed in this article are solely those of the authors and do not reflect the official positions of the Department of Defense, the United States Army, or the Army National Guard.