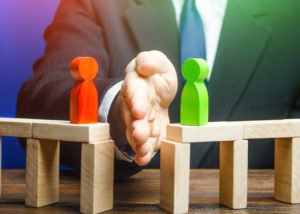 Perhaps because our rules have offered little insight into its workings, the process has been mostly ignored, other than during a brief period in the early days of Rule 170, when some judges were inclined to sanction those taking a no-offer position in mediation. It became a no-risk, lowest-common-denominator choice that met the ADR requirement but led to few settlements.

In some jurisdictions, Early Neutral Evaluation (ENE) has been a frequently used and successful ADR option. The key components of ENE are the submission of case summaries by the opposing parties, presentation of claims and defenses in a joint session, questions from the neutral to the parties and counsel about their positions, and the issuance of an evaluative statement of the strengths and weaknesses of the parties’ relative positions, as well as the potential outcomes at trial.

The United States District Court for The Northern District of California has maintained an active ENE program since the early 1980s. Its local ENE rule contains significant detail as to how the process works. Its key procedural components include:

ADR professionals in New Hampshire struggle to mediate resolutions in cases involving hotly contested legal issues and/or diametrically opposite views of the facts. Far too often, such cases devolve into standoffs in which neither side will budge. A mediator who leans towards a purely facilitative approach and avoids evaluative tools will likely get nowhere quickly. Such sessions allow the parties to “check the box” and satisfy their Rule 32 requirement but do little to maximize settlement prospects. While the rule of thumb in the 1990s – when scores of volunteer mediators worked under Rule 170 – was “facilitate, don’t evaluate,” those days are gone for most full- or near-full-time paid mediators. Some degree of evaluation has become a much more common part of the process.

In the right case, and with the right neutral, it makes sense to buy into an overtly evaluative approach up front. If all counsel involved recognize that a traditional mediation may not be a worthwhile use of time and money, they should consider Neutral Evaluation as an option.

Superior Court Chief Justice Tina Nadeau believes that Neutral Evaluation is a process that can provide a “reality check” to lawyers and parties, including insurance representatives. She analogizes it to Felony Settlement Conferences and Criminal Mediations, which became valuable tools during the pandemic and when the Court was at risk of developing huge backlogs. She finds that those sessions, conducted by retired or sitting, but not presiding, judges, can give both sides neutral feedback leading to earlier and more efficient plea agreements.

“Input from an experienced evaluator can get the parties thinking and change the landscape from their entrenched positions,” Nadeau says.

She states that both she and many of the judges she spoke to about this article are surprised how infrequently it is selected as an ADR option.

A successful Neutral Evaluation requires more than a number assigned by the evaluator or a one-word thumbs up or down on a liability issue. It requires fleshing out the possible outcomes, the likelihood of those outcomes occurring, the ranges of possible verdicts depending on legal and evidentiary rulings affecting both liability and damages, and the thinking behind those evaluative comments. If a case has multiple liability and damages issues which create risk depending on their outcomes, an evaluation saying, “the case is worth $60,000,” does nothing to promote informed risk assessment and decision making by the parties. Too often in the days when Neutral Evaluation was used as a mediation “opt out” under Rule 170 that was the extent of “evaluation” provided.

On the other hand, a well-thought evaluation might say: “If the contested evidence on future medicals is admitted by the court the case would be worth near $100,000 but if it does not, the case is worth closer to $40,000. Based on the uncontested evidence and the likelihood of the future treatment evidence being admitted being about 50/50, the parties should consider settling in the range of $70,000 to $75,000.” Reasonable minds might consider settlement in that range if they took such comments seriously. The more variables in play affecting outcomes, the more the evaluator needs to assess and explain the array of outcomes in play. That fresh look from a neutral party with the experience to give meaningful insights can be valuable for both sides.

Much in the way that a mediation session can close the gap in the parties’ positions and lead to a settlement following not long after, Neutral Evaluation can be a springboard to continued settlement discussions, with or without the involvement of the neutral. It can provide one or both parties with the food for thought they may have needed but not received before conducting the session and receiving the evaluation.

Carefully choosing the right Neutral Evaluator may be even more important than selecting a mediator. Commitment to the Neutral Evaluation process requires a high degree of confidence in the experience of the neutral. Unlike mediation, where process skills alone are often enough to get the job done, subject matter experience and expertise is crucial to the process.

Engaging in Neutral Evaluation in New Hampshire would clearly be a departure from the norm. It would require a willingness to try a “new” method of ADR and some trial and error would be involved. Counsel considering Neutral Evaluation need to keep in mind that it is not mutually exclusive with mediation or other settlement tools. While it may not be appropriate for all cases, it can be a useful way to assess many cases and should not be dismissed out of hand.