On March 21, 2022, the New Hampshire Circuit Court implemented a new centralized process for involuntary emergency admissions (IEA) to mental health facilities. According to the NH Judicial Branch, the process is a key step in the Court’s broader initiative to centralize all mental health-related cases in the system. The new process was developed in response to an ongoing issue with patients failing to receive a probable cause hearing within three days of an IEA, as required by RSA 135-C:31.

Before the program’s inception, more than half of these cases were being dismissed due to the three-day period expiring before the cases were heard. Since there are approximately 2,000 IEAs per year in NH, this translates to a large number of patients being released without access to treatment due to a shortage of hearings. However, from March 21 (process inception) to July 1, the Circuit Court dismissed only eight out of 768 hearings for failure to meet the three-day requirement. 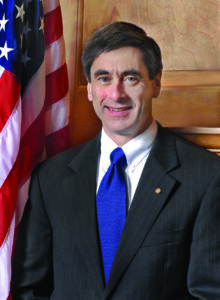 The Honorable David D. King, Administrative Judge of the NH Circuit Court. Judge King was awarded the Vickie M. Bunnell Award for Community Service in 2005 and honored as 2021 Innovator of the Year by the National Council of Juvenile and Family Court Judges. Courtesy Photo.

An Involuntary Emergency Admission (IEA) occurs when someone is believed to be a danger to themselves or others as a result of a mental health condition. The patient is brought to a local hospital emergency department for evaluation by a doctor or nurse practitioner, who then signs a certificate recommending their admission to a Designated Receiving Facility (DRF), such as New Hampshire Hospital in Concord, for treatment. This process is called Emergency Department Boarding or ED Boarding.

The patient is then entitled to a probable cause hearing in front of the Circuit Court within three days – not counting Sundays and holidays. For upwards of eight or nine years, some patients were held in the ED for two to three weeks without access to treatment and then had their cases dismissed without being heard. The problem, which is not limited to NH, was caused by two issues:  first, a lack of psychiatric beds (still an issue). The second issue was a two-fold problem with the hearings process.

Figuring out when the three-day period begins was brought to light by the case, Jane Doe v. Commissioner of the New Hampshire Department of Health and Human Services, 174 N.H. 239 (2021). In Doe, the plaintiff, who had been held for 17 days, sought her release from New Hampshire Hospital on the grounds that she failed to receive a probable cause hearing within three days of her IEA, as required by state law. The trial court found for the plaintiff; the NH Supreme Court affirmed. As the case worked its way through the courts, it was determined that the issue stemmed from when the three-day period begins. The NH Supreme Court held, “The plain language of RSA 135-C:31, I, entitles the person to a probable cause hearing within three days ‘after an involuntary emergency admission, not including Sundays and holidays.’ The time for a probable cause hearing, therefore, is triggered by the completion of a certificate, not by the person’s delivery to a designated receiving facility.” Doe, 174 N.H. at 242.

“Up until March [2022], petitions [for admission] were not held until a bed opened up,” says Administrative Judge of the Circuit Court, David King, who has been instrumental in the implementation of this new process. “For example, someone might be at the Concord Hospital, the doctor signs the certificate on Day One and then on Day 14, a bed opens up. At that point, DHHS transferred the petition to the court, and we held a hearing within three days. That did not give the person the due process [that they are entitled to under law], because they had already been in the hospital for 14 days before [the courts] even knew about it.”

Judge King continued, “The issue… was whether the three-day period starts to run when the admissions certificate is signed or when the patient actually arrives at the DRF. The District Court for NH said the three-day clock starts to run as soon as the doctor signs the certification [and the Supreme Court agreed.]”

Once this had been resolved, the next challenge was determining how to hear the cases within the three-day period. In March 2022, Governor Chris Sununu asked the Circuit Court to find a solution. Judge King advised that there are only two solutions: creating enough bed space and holding hearings while the patient is still in the emergency department.

At first, hospitals were adamant about not turning their emergency rooms into courtrooms. So, Judge King worked with them, DHHS, and lawyers representing IEA petitioners to develop a process whereby the court receives the petition generally on the same day a certificate is signed by a physician and, within three days, conducts telephonic hearings.

“Right now, we are using whatever judicial resources we can to make sure we are holding those hearings five days a week,” Judge King says. “As the Administrative Judge of the Circuit Court, I’m not normally routinely sitting on these cases. But, I’m filling in as one of the judges two or three days a week.”

He indicates that when they are fully staffed, they plan to have a dedicated mental health docket in Concord performing IEA hearings. The Court has already hired two case managers dedicated to the docket who will be available to assist the judges, work with families who may be struggling to file petitions on their own and ensure that the three-day deadline is met.

“While the bed crisis [is unresolved], we have really done a good job improving the process,” Judge King says. “There were a lot of skeptics out there – including me – who thought it was going to be nearly impossible to hold hearings with patients who were suffering from mental illness from a hospital emergency department, but it has been a remarkable partnership with the hospitals, DHHS, and with the lawyers who represent these patients.”

In June 2022, Judge King and the Circuit Court presented a one-hour webinar on the new IEA process to members of NAMI New Hampshire (National Alliance on Mental Illness).  “Involuntary Emergency Admissions (IEAs) in NH – A Judicial Primer on Navigating the Process” can be found at www.youtube.com/watch?v=b5zHy1Hf9ok. 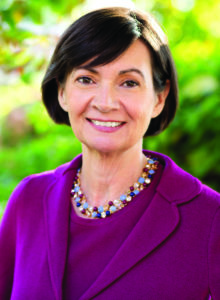 “The efforts of the Circuit Court in creating the [IEA] docket have been truly remarkable,” says NAMI NH Executive Director Susan Stearns. “It’s a huge accomplishment in a very short amount of time, and it speaks to the fact that we can work collectively to really see change.”

NAMI NH had filed an amicus brief in the Doe NHSC case. “The reality is that the mental health docket would not be happening if not for the courage of Jane Doe, who endured what must have been a truly traumatic experience,” Stearns says. “I think we have a lot to thank Jane Doe for.”

Stearns continued, “This new process ensures, in most cases, that these patients are getting their hearings while they are boarding. Because they still need to get to an inpatient facility and on to their probate hearing, it’s not a victory lap yet. But in terms of protecting the civil rights of people with mental illness, [the IEA process] is definitely a step in the right direction.”

Like Judge King, Ms. Stearns agrees that the shortage of inpatient beds at the receiving facilities still needs to be addressed.

“We need to have better resources in terms of the mental health system in order to ensure that people have better access to the level of care they need, when they need it,” Stearns said. “We need a robust system of care that is responsive to people’s needs.”