The New Hampshire Bar Association is pleased to announce the following 2022 award recipients. They will also be recognized at NHBA’s virtual 2022 Midyear Meeting on Friday, February 18, 2022. 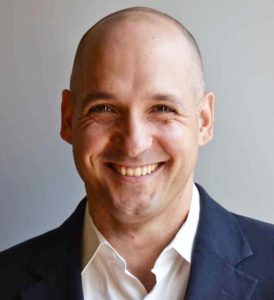 Legal Director for ACLU-NH, Gilles R. Bissonnette, is the recipient of the Distinguished Service to the Public Award.

Attorney Bissonnette is the legal director for the American Civil Liberties Union of New Hampshire where he leads a team of three civil rights lawyers. Since joining the ACLU in August 2013, Gilles has focused his practice in the areas of the criminalization of poverty, voting, police and government accountability, public records, the First Amendment, immigrants’ rights, and criminal justice reform. Prior to joining the ACLU, Gilles was a civil litigator in Boston at the law firms of Choate Hall & Stewart, LLP, Todd & Weld, LLP, and Cooley, LLP.

This award is presented to the nominee who best exhibits service to the public on behalf of the administration of justice. 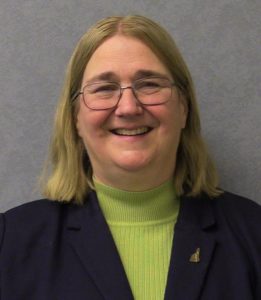 Martha M. Jacques is the recipient of the Vickie M. Bunnell Award for Community Service.

Attorney Jacques is the youngest child of the late former Attorney General, William Maynard, who also served as Assistant US Attorney, and the late Leila Lister Maynard, who was the 25th female admitted to the Bar of New Hampshire.
A graduate of Concord High School, Saint Anselm College (B.S., Criminal Justice), and JD, Suffolk Law School, 1982, Ms. Jacques was hired as one of the first female NH State Troopers, graduating from the 61st NH Police Academy.

Following admission to the Bar in 2001, Ms. Jacques began practicing Law as an associate of Small & Lyons in Nashua, NH. She soon opened her own practice as a solo practitioner, remaining as such first in general practice and then concentrating in district court prosecution, representing several small towns.

Instituted in 1998 to honor the memory of Vickie M. Bunnell “A Country Lawyer” and to applaud the community spirit that is a hallmark of our profession this award is presented to an attorney from a small firm (four or fewer attorneys) who has exhibited dedication and devotion to community by giving of their time and talents, legal or otherwise. 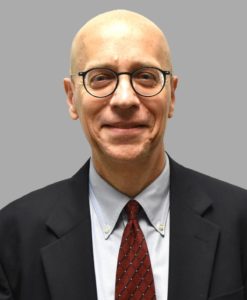 Cordell Johnston is the recipient of the Outstanding Service in Public Sector/Public Interest Award.

Attorney Johnston was admitted to the New Hampshire bar in 1984 and practiced corporate and business law at the firm of Orr & Reno until 2003 Since 2004 he has served as Government Affairs Counsel at the New Hampshire Municipal Association, representing the interests of the state’s 234 cities and towns before the state legislature and state agencies, as well as providing legal advice and training to municipal officials. He is retiring from that position in January.

Cordell lives in Henniker, where he is the town and school district moderator; he previously served as a member and chairman of the planning board and as a selectman. He is a graduate of Princeton University and the Boston University School of Law.

This award is presented to a member of the New Hampshire Bar, or an organization employing eligible members, with at least five years of service in government, military, law enforcement, or public interest law services (including prosecution, public defense, legal advocacy in low-income communities or for individuals with disabilities at a nonprofit organization), or at another nonprofit organization.

The award presentations will be made available next month on vimeo. Registration opens for Midyear Meeting on or around January 12, 2022.

The New Hampshire Bar Association (NHBA; Concord, NH; www.nhbar.org) is a non-profit 501(c)(6), court-mandated organization. Its members are all attorneys licensed to practice in the state, as well as all New Hampshire judges. Founded in 1873, the NHBA serves our members, the public, the justice system, and the profession.