HB 1343, known as the Paraprofessional Pilot Program, was signed into law by Governor Chris Sununu on June 17, 2022. It allows paralegals to provide limited legal services to underserved Granite Staters in circuit courts.

The program is available exclusively to clients who earn up to 300 percent of the federal poverty level (e.g., $40,770 for a one-person household, $54,930 for a two-person household). Participating paralegals must hold either a bachelor’s degree in any field or an associate degree in a law-related field, as well as at least two years of work experience in a law-related setting. They must also act under the supervision of an active attorney.

The first phase of the pilot program takes effect January 1, 2023, and allows paralegals to assist qualifying clients in family and landlord/tenant matters with case preparation tasks (such as drafting pleadings, parenting plans, protection orders, and financial affidavits). The second phase, which begins January 1, 2025, permits paralegals to provide what is being referred to as “paraprofessional representation” in family and district courts in Manchester, Berlin, and Franklin.

The new law also requires that qualified clients must receive written notice that the paralegal is a non-attorney acting under the supervision of an attorney admitted to practice under RSA 311:2 and include the attorney’s name. Any pleadings filed in court must disclose the same. 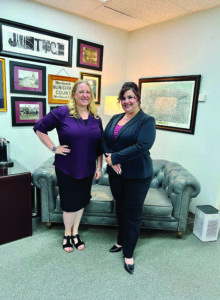 In the bill’s initial public hearing on January 26, its prime sponsor, State Representative Ned Gordon, noted that approximately 80 to 90 percent of people who currently appear in the Family Division are pro se. He compares this to the 1980s, stating that “virtually all litigants” in divorce and custody matters were represented by lawyers.

NHLA Executive Director Sarah Mattson Dustin also testified at the January hearing. She noted that, “in the majority of family law cases, both parties represent themselves. Upwards of 90 percent of tenants facing evictions are going it alone.”

Further, in How NH Could Increase Access to Justice Through Occupational Licensing Reform by Andrew Cline, only 13 percent of alleged domestic violence victims have legal representation.

“That is awful,” Attorney Katherine Morneau of Morneau Law says of the domestic violence percentage. “It’s a high burden to establish to get an order of protection, and if you have to go it on your own – that in and of itself deters a lot of people from even going. I would love to see more attorneys taking pro bono cases for domestic violence victims, but I think this [program] is another piece of that puzzle.”

Morneau and her firm support the program. “I see a lot of really great potential in this pilot project,” she says. “In my opinion, this is going to help the courts, the judges, the clerks – people are going to be coming more prepared to these hearings and have a better understanding of what they are talking about.”

Morneau noted the value paralegals working under an active attorney can bring to the process. “I have a paralegal that has been doing this for 15-20 years, assisting me. She certainly knows what the law is and how I prepare cases, so she can very easily go in and make a big impact on some of these cases. And she’d like to.”

“I’m really looking forward to it. Professionally, this is the most exciting thing,” say Alycia Gelin, a paralegal at Morneau Law. “The NH Paralegal Association is in favor of it and my firm is in favor of it. It’s a good use of our skills to let us help people to bridge the gap to access to justice.”

Gelin continues, “Some pro se litigants are signing documents they don’t understand, so maybe there will be some preventative assistance for them. And it’s also nice that the state is giving us a chance to show the legal world what we can do.” 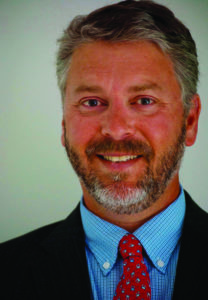 Attorney John Driscoll was more skeptical of the program, but sees the value that paralegals can bring to the legal process. “When I first went to work in 1998, I worked for Boynton Waldron in Portsmouth, fresh out of law school,” he says. “I didn’t know anything about the practice of law, because they don’t really teach you that in law school. I directed 85 percent of the questions I had to Joan Skewes, a paralegal who still works there. She worked with experienced lawyers like Chuck Doleac and Bill Scott, and she knew more than any kid coming out of law school. So, a qualified paralegal is invaluable and can do almost everything.”

Driscoll sees some opportunities under the new law, especially in the first phase. “The administrative part of it, the forms, and the paperwork are pitfalls for the uninitiated, and paralegals can really help with that.”

However, he has some reservations about the use of paralegals for trial management. “It’s higher-level work that even young attorneys struggle to get right…. A lawyer still has to look at it.”

Driscoll also notes that there are questions as to whether paralegals would be covered under an attorney’s malpractice insurance, as the new law does not provide guidance on that matter.

“I would be concerned about my liability insurance carriers,” Driscoll says. “I don’t know if that’s been thought through. I would be worried about getting sued. I’ve managed to avoid being sued, and I’d like to continue to manage that.”

Morneau shares this concern, saying that “one of the boxes I’d like to check is to get into those details with my malpractice insurance.” She notes that New Hampshire is not the first state to allow paralegal representation under certain circumstances and that other states have had to address the issue of malpractice insurance. “I think it will still be covered because it’s under the umbrella of the attorney. I don’t know if it’s going to be an issue.”

Gelin said she has been in contact with her firm’s insurance carriers. “I’m trying to get some clarification. Not just interpretation,” she says. “I want to hear from the underwriters – I want them to truly examine this. I don’t want it to be just presumed that we ‘should be’ covered. We as paralegals definitely want to know that we are covered. None of us would ever want to cause any harm or negative consequences to the firms that we work for.”