HomeSuicide and the Chain of Causation: How a...

Suicide and the Chain of Causation: How a Claimant’s Suicide May be Held Compensable Under Pelmac 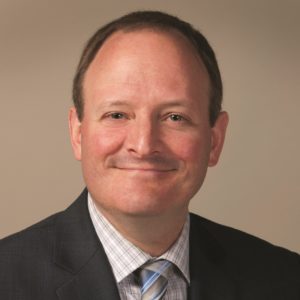 One of the (thankfully) lesser-seen aspects of work­ers’ compensation law is the provision of benefits in RSA 281-A:26 for depen­dents of an injured worker who dies from a work-related injury. When there is an obvious and uncontested connection between the em­ployment risk and the resulting death (e.g., a construction worker is killed falling from a great height, a traveling employee is in­volved in a deadly automobile accident, or a coal miner perishes from black lung disease), the benefits paid are straightforwardly. Up to $10,000 is payable by the workers’ compen­sation carrier for burial expenses and if the deceased worker was married, the decedent’s spouse receives a weekly death benefit that is equivalent to the weekly indemnity benefit the worker received (or would have received) while totally disabled.

In the case of a widow or widower, de­pendency is presumed and the weekly death benefit is payable for the remainder of that person’s life or until remarriage. If the work­er was unmarried, other persons claiming dependency may receive weekly benefits in proportion to their actual dependency on the worker’s earnings until such time as they be­come self-sufficient.

But what if the pain or disabling effects of a work injury become so acute that a claim­ant tragically takes their own life? Are their dependents or spouse entitled to anything? The question of whether a claimant’s suicide served to disqualify dependents from receiv­ing death benefits was a doubtful question un­der New Hampshire law until the court decid­ed Appeal of Pelmac, 174 N.H. 528 (2021).

Pelmac involved a claimant who was involved in a rollover auto accident while driving a company van, resulting in serious injuries, which included a fractured neck, torn rotator cuff, and concussion. Delays in his treatment, intense fear about his future ability to function, and the resulting depression be­came intolerable; he committed suicide less than three months after the accident.

The nature of a compensable “injury” is limited by definition: “No compensation shall be allowed to an employee for injury proximately caused by the employee’s willful intention to injure himself[.]” RSA 281-A:2, XI. The carrier in Pelmac therefore argued that the claimant’s death was not an “injury” cognizable by New Hampshire law, as the act of suicide was a willful, intervening act, which cut off liability.

The court disagreed, or at least rejected a per se rule that would have held suicide never compensable. Instead, to determine whether dependency benefits can follow an employ­ee’s death by suicide – if the “death results from an injury” within the meaning of RSA 281-A:26, the court followed the majority of jurisdictions in adopting a “chain of causa­tion” test. In particular, the court agreed with the leading case to espouse the test, the 1949 Florida case of Whitehead v. Keene Roofing, 43 So.2d 464 (Fla. 1949). The Whitehead court reasoned that “in those cases where the injuries suffered by the deceased result in his becoming devoid of normal judgment and dominated by a disturbance of mind directly caused by his injury and its consequences, his suicide cannot be considered ‘willful’ within the meaning and intent of the Act.”

The question of compensability of a claimant’s suicide does not turn on subjective intention, or the claimant’s knowledge of the consequences of the act. The court reasoned (as have other courts in adopting the chain of causation test) that focusing too narrowly in this regard “wrongly ignores the role that severe or extreme pain, anxiety, despair, or depression may play in the deterioration of a person’s rational mental process.” In other words, suicide itself – the determination to willfully end one’s life – is deemed to be an irrational act. The question is rather whether the events which led the claimant to that point of irrational desperation followed in an un­broken causal chain from the work injury.

In describing how the “chain of causa­tion” test is applied, the Pelmac court re­peatedly cited its own decision in Appeal of Bergeron for the proposition, well-familiar to NH workers’ compensation practitioners, that “an employer remains liable for subsequent injuries that are the “direct and natural result” of a prior, work-related injury. For example, if knee osteoarthritis has been accepted or deemed work-related, the total knee replace­ment that follows a decade later remains the responsibility of the carrier in the absence of an independent, intervening cause.

In extending to suicide the same chain of causation test long accepted for assessing liability for subsequent physical injuries, the analogy in Appeal of Bergeron provides use­ful guidance:

“[O]nce the work-connected character of any injury … has been established, the subse­quent progression of that condition remains compensable so long as the worsening is not shown to have been produced by an indepen­dent nonindustrial cause. This may sound self-evident, but in close cases it is sometimes easy to overlook this essentially simple prin­ciple. In a Utah case, claimant had suffered a compensable accident in 1966, injuring his back. Several years later, this condition was triggered by a sneeze into a disc herniation, for which claimant required surgery. … The presence of the sneezing incident should not obscure the true nature of the case, which is nothing more than that of a further medical complication flowing from a compensable in­jury.” Hudson v. Wynott, 128 N.H. 478, 481- 82 (1986)

Importantly, the companion case of Appeal of Estate of Dodier, 174 N.H. 548 (2021), decided immediately following Ap­peal of Pelmac, directed that the same test ap­plies to a purely mental injury involving the same tragic result.

Thus, regardless of whether the pre­cipitating work injury is PTSD or a cervical fracture, a claimant’s subsequent suicide may be held compensable and death benefits paid to dependents under New Hampshire law if the after-effects of injury can be shown to lead directly to the claimant’s irrational act of suicide. The irrational act itself is viewed as an extreme and terrible manifestation of the same work-related accident, not a new and independent act.

Jared P. O’Connor is a shareholder at Sha­heen & Gordon, P.A. in Nashua. For nearly 20 years, he has exclusively represented in­jured workers at the NH Department of La­bor and is the NHAJ representative on both the Workers’ Compensation Appeals Advi­sory Board and the Governor’s Commission to Study the Incidence of PTSD in First Re­sponders.