HomeTake it Reasonably When it Comes to Easements

Take it Reasonably When it Comes to Easements

Inspired by a cart path easement case (and to an appreciably lesser extent the Eagles’ first single), a recent search of the term “easement” on Westlaw produced 14 opinions (including 4 unreported 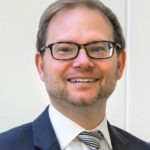 opinions) issued by the NH Supreme Court between the start of the COVID-19 state of emergency (March 13, 2020) and May 7, 2021. This article takes a quick look at three of those reported opinions.

In Loeffler v. Bernier, 173 N.H. 180 (2020), the Supreme Court upheld a trial court decision that the plaintiff/grantee has an implied easement pursuant to estoppel by deed. In arriving at its decision, the Court clarified that a prior case (Avenue Realty Co. v. Dolleman, 121 N.H. 619 (1981)) did not support the defendant’s position that a grantee must have the reasonable expectation of receiving an easement in order to apply the doctrine of estoppel by deed. The Supreme Court specifically rejected the defendant’s arguments that (i) plaintiff/grantee had an alternate means of access to his combined lots and (ii) a neighboring lot had an express easement, whereas plaintiff did not.

Ultimately, because the defendant was in privity with the original grantor (who owned the right-ow-way at the time of conveyance), and because a 1968 deed description used the right-of-way as a boundary line, an implied easement was created regardless of necessity or plaintiff/grantees’ expectations.

Favart v. Ouellette, 173 N.H. 304 (2020) provides a nice summary of easements by implication (and the scope of easements). The case involved two lots that were originally part of a single parcel located on Sip Pond in Fitzwilliam, NH. The original parcel was subdivided at least twice, with one of the subdivisions creating parcels without any frontage on Sip Pond. Over 50 years after the original subdivision, and after a number of conveyances, the owner of Lot 8 brought suit seeking an order that the owners of Lot 7 remove their dock from his property and not interfere with his use of his property.

The owners of Lot 7 argued that they had easement rights allowing them to access Sip Pond via Lot 8, including the right to install a dock on Lot 8. In analyzing whether an implied easement existed for the benefit of Lot 7, the Supreme Court keyed in on whether it was created when the lots were first subdivided in 1961 (when unity of title existed between the lots).

As an aside, the trial court’s view in the case appears to have been of relatively significant importance, both at the trial court level and on appeal.

The easement at issue in Arell v. Palmer 173 N.H. 641 (2020) was a “temporary easement” to access a well “until such time as [easement holders] shall have another water source available.”

The Supreme Court also analyzed application of the rule of reason relative to the well easement, indicating that the rule can be applied in two ways: (i) to interpret and give reasonable meaning to general or unclear terms, and (ii) to determine whether a use of an easement would be unreasonably burdensome—notwithstanding deed language.

The Supreme Court noted that the property owners did not sufficiently allege facts that demonstrated the easement holders continued use of the well was unreasonably burdensome. As to the allegation that the easement holders added a second property using the well, this too was not sufficient because there was no allegation (or finding) of any facts that the second residence burdened the property. As such—and also because the Supreme Court found the deed in question to be clear and unambiguous—the rule of reason was not applied.

The take away, for me, from these three cases is that litigants need to be prepared to allege, argue, and/or produce competent evidence related to (i) the language of the instrument(s), (ii) the historical use (including conveyances) of the properties, (iii) the necessity for the easement at issue, and (iv) the grantors’ and grantees’ (including predecessors) reasonable expectations regarding the existence of easements.

Attorney Jason B. Dennis is a general practitioner with Hastings Malia P.A., just across the NH border in Fryeburg, ME. His general practice includes municipal law and civil litigation. Jason is also the Out of State Governor on the NHBA Board of Governors. He can be reached at (207) 935-2061 or jdennis@hastingsmalia.com.