HomeThe Importance of a Fair Process In Workplace...

The Importance of a Fair Process In Workplace Sexual Harassment Cases 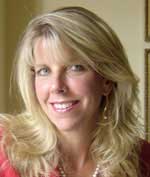 Last month, the New York State Assembly authorized an independent impeachment investigation into allegations that third-term New York Gov. Andrew Cuomo engaged in sexually inappropriate behavior toward at least three women. The chosen investigators are two high-profile attorneys, from separate law firms, one a former prosecutor and one who specializes in employment matters. Since then, as often happens, the investigation has expanded to include at least 10 women who claim the governor acted inappropriately toward them.

Though talked about with increased frequency after sexual misconduct allegations against Hollywood producer Harvey Weinstein surfaced and the #MeToo movement began in October 2017, sexual harassment and the investigations that follow continue to be misunderstood by many. Sexual harassment may happen in the workplace or a setting with some work-connected nexus when an employee feels uncomfortable with the conduct of a colleague or a third party. Under federal and New Hampshire law, conduct must be sufficiently severe or pervasive to create a hostile work environment or constitute quid pro quo harassment. What happens between individuals at a wedding or a restaurant on Saturday night unconnected to work doesn’t usually fall under the purview of the law or a company’s typical internal policy.

Investigating misconduct is a critical undertaking. At the outset, both the complaining party and respondent who is accused of misconduct should be treated fairly, with no premature judgments being made about whether impropriety occurred. Independence is key, so the right investigators must be designated. That means any investigator should not have a stake in the outcome but, instead, be someone who is truly objective and who possesses the necessary skills to engage in the requisite prompt, thorough and impartial fact-finding. In the Cuomo case, attorneys hired from outside state government were a spot-on choice. As for timing, Cuomo’s first accuser, Lindsey Boylan, was reportedly interviewed within days of the investigation being authorized, likely considered to meet the promptness test.

The court of public opinion has a lot to say about Cuomo’s fate. According to the Siena College Research Institute, a mid-March 2021 poll had 35 percent of respondents saying Cuomo has engaged in sexual harassment while 24 percent said he has not. Really? Such statistics are unhelpful, as those responding to the poll aren’t in the position of the investigator (or maybe, someday, jurors) to make such determinations. The investigators should do their job, in as confidential a manner as possible to preserve the integrity of the investigation.

An investigator should be wary of making legal determinations about whether “sexual harassment” has occurred, as factual findings only are typically sought outside the courtroom. Reasoned findings supported by the gathered evidence, often after credibility assessments are made, are the usual end product of an investigation. It’s not about “guilt” or “innocence,” as workplace investigations are not criminal proceedings, thus a preponderance of the evidence standard is what is commonly used.

How about the issue of investigating claims by employees or former employees dating back to 2016? It’s all about scope, which the employer determines. Though the statute of limitations may have passed to have a cognizable legal claim, employers are taking seriously complaints about incidents that may have taken place years ago, particularly when they involve current employees. That is because the respondent is in a position to continue the alleged misconduct with others and should be held accountable for any inappropriate behavior. Stale evidence is an issue, as, for example, memories fade and phones have been replaced. Boylan reportedly offers corroborating evidence. In her Feb. 28, 2021, online post, for example, she offered a Nov. 1, 2016 e-mail from a senior staffer of the governor to her supervisor asking about her whereabouts (presumably at the governor’s behest). She offered a Nov. 14, 2016, contemporaneous text to her mother saying that the governor has a “crush” on her and was acting “creepy” toward her. Further, she produced a Dec. 14, 2016, text message from a staffer saying that “he,” presumably the governor, likened her to a rumored former girlfriend but said she was “better looking.” She also reportedly confided in a few close friends, family members and a therapist over the years. That is evidence that bolsters Boylan’s claim, and it should be gathered and evaluated. Of course, the governor, when his interview takes place, should be given a full and fair opportunity to respond to that and other evidence, both testimonial and documentary.

Some Twitter posts reacting to Boylan’s allegations read, “Why didn’t you leave [the job]??” and, after one person labeled her “brave” to speak out, wrote that brave “would have been speaking out at the time not at some convenient later date. There is absolutely nothing brave about coming forth with safety in numbers, under the right political circumstances.” While an investigator should consider the timing and motive for an alleged harassment target speaking out, it is well known and documented that many harassment targets do not promptly report sexual harassment for a myriad of reasons, including fear of retaliation, not being believed, power differential, and trauma. A seasoned investigator will carefully weigh that information.

Publicly, the governor has denied any intentional misconduct. He said he “never knew at the time [he] was making anyone feel uncomfortable.” That is irrelevant. It’s not about the intent of the actor – it’s about the impact on the target or bystander. Even if he was unaware the effect his conduct had on others, what matters is how a reasonable person would have perceived that conduct. While expressing regret and remorse is good, it carries no weight in deciding whether misconduct occurred, or a policy has been violated.

Allegations that a high-ranking executive in the private or public sector has engaged in sexual misconduct with employees and, worse, created a toxic culture permeated with such conduct and retaliation, are disturbing and need to be taken seriously. Following standard practices, the investigators should conduct interviews and assess all available evidence before reporting findings. In the end, a fair process leads to the right result.

Julie Moore is the founder of Employment Practices Group (www.EmploymentPG.com). She’s a former chair of the New Hampshire Bar’s labor and employment law section and has been a member of the Bar since 1992. She was inducted into the College of Labor and Employment Attorneys in 2013 and is admitted to practice in New Hampshire, Massachusetts and New York.