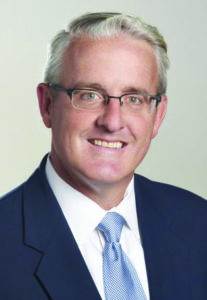 Imagine preparing a case for trial, but instead of preparing your witnesses for direct examination for your case-in-chief, you instead prepare and submit affidavits with their testimony. Your witnesses still must be in the courtroom for cross examination and re-direct, but the direct testimony is by affidavit only.

Trial courts in New York have been doing this in commercial cases since 2016, pursuant to rules adopted by the NY Supreme Court. According to those rules, a court may require direct testimony by affidavit when (1) there is a non-jury trial or hearing, and (2) the witness is under the examining party’s control. NY Commercial Division Rule 32a. The rule specifically states that submission of direct testimony in affidavit form does not affect any right to conduct cross-examination or re-direct examination of the witness.

Some federal courts have adopted a similar approach. The US District Courts in New York and Massachusetts have been doing it for years. Interestingly, there is no direct authority allowing a court to impose direct testimony by affidavit. In fact, pursuant to Federal Rule of Civil Procedure 43(a), witnesses’ testimony must be taken in open court. Despite this requirement, some judges of the US District Court for the District of Massachusetts (as well as Massachusetts Superior Court judges) leave it up to the parties to stipulate whether the direct testimony of some or all witnesses will be taken in narrative or affidavit form (with rights of cross-examination reserved). Other courts have issued pre-trial orders requiring this procedure, justifying their imposition of this procedure by referring to Fed. R. Evid. 611(a), which permits the court to control the mode and manner by which parties present evidence at trial.

Courts have also looked to Fed. R. Civ. P. 16 and 83 to justify requiring the parties to present direct testimony by written submissions. Fed. R. Civ. P. 16(c)(2) states that the “court may consider and take appropriate action . . . adopting special procedures for managing potentially difficult or protracted actions that may involve complex issues, multiple parties, difficult legal questions, or unusual proof problems . . . [and] facilitating in other ways the just, speedy, and inexpensive disposition of the action.”

According to Fed. R. Civ. P. 83, a “judge may regulate practice in any manner consistent with federal law, rules adopted under 28 U.S.C. §§2072 and 2075, and the district’s local rules.” Clearly, neither of these rules address Fed. R. Civ. P. 43(a), and therefore counsel objecting to a pre-trial order by a court requiring direct testimony by affidavit has a legitimate argument that the court is overstepping its authority.

During the pandemic, this practice became ubiquitous in commercial cases in federal courts, as judges sought to expedite the often cumbersome and time-consuming remote bench trials. The return of lawyers and litigants to the courtroom does not appear to have changed courts’ use of this trial procedure. Given the ever-congested dockets and strains on judicial resources, any means of expediting time-consuming trials, including requiring direct testimony by affidavit, is unlikely to change.

Whether done by stipulation or imposed by the Court, presenting direct testimony by affidavit certainly changes pretrial strategy, witness preparation, and ultimately the conduct of trial. Judges with crowded dockets see this procedure as a necessary time-saving technique that shortens lengthy bench trials and prevents last-minute evidentiary disputes while still affording parties the opportunity for a full and fair trial. Many trial lawyers, however, have criticized this process as gutting the traditional presentation of testimony and reducing the important process of eliciting witness testimony to a cold, written record.

During the height of the pandemic, I tried a week-long bench trial in the Southern District of New York in a multi-million-dollar business dispute. While the Judge was in the courtroom, the lawyers and the witnesses were remote on a secure Zoom platform. After seeking counsel’s input on the issue, the Judge ordered that the direct testimony be presented by affidavit, with a few notable exceptions. The first obvious exception was that the witness had to be under the parties’ control. The second exception was that the defendants were permitted to present the direct testimony of its witnesses as live testimony. The defendants argued, and the court agreed, that it would be unfair to give the plaintiffs a preview of the defendants’ direct testimony via affidavit in advance of the plaintiffs’ case.

The Judge in our case used a few additional guardrails to ensure the full and fair presentation of witness testimony. The pretrial order gave the parties the opportunity to object in advance to the admissibility of statements contained in any direct testimony affidavit. Additionally, the party offering the direct testimony through affidavit had to make that witness available for cross examination. Finally, the proffering party had an opportunity to re-direct its witness.

One of the greatest criticisms of the requirement that direct testimony be presented by affidavits is that the court loses the ability to evaluate the witness’ credibility, particularly when the first time the court actually hears and sees the witness is on cross-examination. This was not an issue in the case I tried, largely for two reasons. First, for the most part, the cross and re-direct examination gave the lawyers and the Court ample “face-time” with the witnesses to make these critical determinations. Second, the most crucial witnesses, and the ones for whom a credibility determination was essential, were the defendants, who testified live. The credibility of these particular witnesses was central to the Court’s findings and rulings in our case, and the Judge had no issues evaluating these factors.

Ultimately, courts sitting as fact finders are uniquely positioned to navigate the evidentiary and persuasive burdens of the parties at trial. The use of affidavits for direct testimony is not a “one size fits all” option. Like many things in our profession, there are nuances to each case and whether to use this time-savings procedure is not bimodal. Some use of affidavits, while also permitting direct witness testimony, may be advisable in certain circumstances. Direct testimony through affidavits can be used in a manner that maximizes judicial resources and protects the litigants’ rights to present their evidence in a full and fair way. This will require courts to be flexible and trial lawyers to keep their egos in check.