HomeWorkers’ Compensation Practice Can Be More... 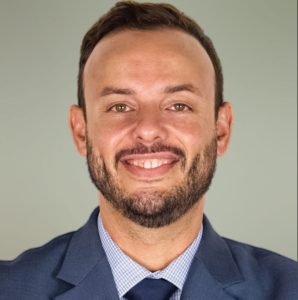 In law school, they don’t tell you how much time you’ll spend do¬ing math. We’ve all been there at some point; a client asks what certain figures mean, and we’re struggling to recol¬lect the exact formu¬la our high school math teacher scribbled on the dusty chalk¬board decades ago. With a workers’ com¬pensation practice, it’s even more preva¬lent. It seems every benefit is based on some statute that applies certain formulas based on an infinite number of conditions. The practice regularly feels more like “Good Will Hunting” than “A Few Good Men.”

The thing is, if you take the time to learn how the numbers work, it fre¬quently leads to a benefit for your client. In my opinion, the best place to start is knowing how to correctly calculate your client’s average weekly wage (AWW).

Like it sounds, AWW in workers’ compensation is the injured worker’s weekly average gross (pre-tax) earnings from the employer. The highest weekly average from the statutory formulas is used to determine nearly all monetary benefits for injured workers (i.e., if work time is paid at 60% of the AWW) and the carrier/employer generally submits their calculation (with wage information) to the Department of Labor. While the statute is clear that the submitted AWW should be the most favorable average for the claimant, the burden is ultimately on the claimant to demonstrate if a different cal¬culation would lead to a higher average.

With that being said, be sure to always get your client’s wage information. If the injury is work-related, both the Depart¬ment of Labor and the carrier/employer should have it. It is impossible to dem¬onstrate a higher calculation if you don’t have the numbers to do it. AWW is gen¬erally calculated one of two ways: (1) di¬viding total gross earnings by the number of weeks worked during the preceding 26 weeks; or (2) dividing the total gross earn¬ings by the appropriate number of weeks exceeding 26 weeks, but not exceeding 52.

In almost all cases, the employer/car¬rier will calculate the AWW at both 26 and 52 weeks (if applicable) and file the higher result with the Department of Labor. From there, it’s entirely on you to run the num¬bers and see if you can get your client some additional income. In most cases, it’s a rel¬atively negligible amount, but to an injured worker, every dollar helps. And there are a lot of cases where the AWW is substantial¬ly different depending on the calculation.

The first thing you should do is take a minute to make sure the employer/carrier’s math is correct. What are the total gross wages and how many weeks are they be¬ing divided by? If your calculation doesn’t match the employer/carrier’s calculation, there’s a number wrong somewhere. Mis¬takes frequently happen. Numbers get transposed, extra zeros get added in, deci¬mal points get put in the wrong spot—you will find mistakes. When you do, reach out to the adjuster or attorney, show your math, and state your case. In almost all in¬stances, it’s a simple scrivener’s error and easily fixed. For example, a carrier recently filed wage documents in a case, and my client had $9,366.00 in gross wages over 14 weeks. For whatever reason, the AWW was listed as $624.00, but it should have $669.00. The adjuster divided by 15 weeks instead of 14. Easily addressed, but never discovered if you’re not reviewing the math.

Additionally, make sure you review the week-of-hire wages and the week-of-injury wages. Lab Rule 506.02(c)(2) notes that “weeks with reduced earnings which occurred during the week of injury or the week of hire shall be eliminated.” Look at what your client normally earns. Are the first week, last weeks, or both much less than what she normally earns? Then, eliminate them from the equation.

Think about it this way. Your client gets hired full-time, Monday to Friday, at $20.00 per hour ($800.00 per week). She starts on a Wednesday and then gets injured on Monday of the sixth week. As¬suming the employer pays the full date of injury, by not eliminating the week of hire and week of injury, the AWW is reduced by $160.00 and the weekly check by $96.00.

Also, always look for whether an¬other week between the 27th and 51st week would lead to a higher average. Re¬member, RSA 281-A:15(I)(b) states the most favorable calculation for the claim¬ant “during a period exceeding 26 weeks but not exceeding 52 weeks.” The car¬rier/employer is generally only calculat¬ing weeks 26 and 52. There are 25 other weeks where the average could be higher.

A recent new client of mine suffered a substantial injury that kept her out of work for more than a year. Prior to the injury, she worked the same number of hours every week and received the same $750.00 gross wages for 51 weeks of the year. However, once a year, she received a $5,000.00 bonus (28th week from the injury). The 26-week average ($750.00) was clearly lower than 52-week average ($846.15) due to the bonus. As a result, the 52-week average was submitted by the carrier/employer. The increase at 52-weeks was appropriate, a substantial amount of money was left on the table at that average.

My last piece of advice is to use Mi¬crosoft Excel. It feels almost unconscio¬nable to expect attorneys and their staff to sit and recalculate AWW for all 52 weeks. Our time is already extremely limited. Don’t burn yourself out. Design a spread¬sheet where all you need to do is input the weekly gross wages and Excel does the work for you. Then, save one in every digi¬tal file and take the time to make sure the numbers work. Learn the numbers, use the tools you have, and help the clients when they need it the most.

Dana K. Smith is the Senior Associate At­torney at Ward Law Group, PLLC in Man­chester, NH. His practice primarily focuses on the representation of injured workers in the area of New Hampshire Workers’ Com­pensation law.